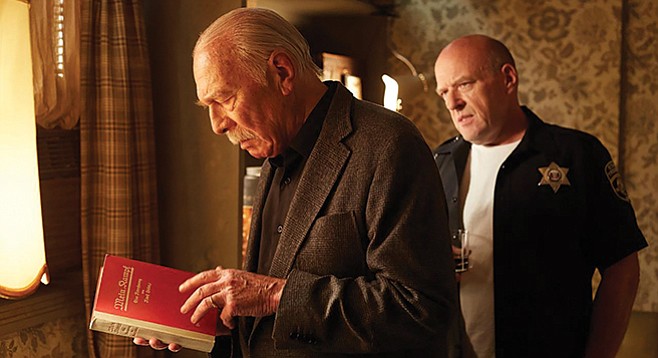 Remember, the director has never made a bad movie

Remember, a genre mashup of four of contemporary cinema’s least desirable storylines, should represent everything we’ve spent the past three decades at the movies trying to forget. And yet...

When was the last time you saw a film about the Holocaust, told in the present tense, that doesn’t include at least one stock footage insert of the death camps? Or a picture ostensibly pitched to seniors that refuses to walk to a panderly, cuddlesome, and/or euthanizing beat? (Where’s Maggie Smith, the Charles Bronson of “geezer porn,” when you need her?) How about a lead character in the early stages of dementia who is never once sentimentalized or forced to solicit an audience’s pity? A biddle like this generally goes a long way, particularly when all three yarns collide in the guise of an action-thriller.

All was forgiven the moment the director’s credit hit the screen. Atom Egoyan’s early shorts deserve to be shown in every Film Tech 101 class in the land. Students who fail to learn from them should instead find work in aluminum siding. A master at the art of representing extreme isolationism (Calendar, Adoration), the closest the Academy Award–nominated director (The Sweet Hereafter) and winner of an AVN Award for Best Alternative Adult Film (Exotica) has come to cracking the mainstream was Chloe. (The numbers probably had more to do with Amanda Seyfried’s frequent state of disrobe than anything Egoyan brought to the proceedings.)

Egoyan is one of the few working directors of whom it can be said that he has never made a bad movie. Remember shows no signs of flagging. Christopher Plummer stars as Zev, an Auschwitz survivor in the early stages of dementia who’s recruited by his retirement village neighbor (Martin Landau) to undertake a perilous journey in search of the Nazi responsible for exterminating his family.

Armed with just a handwritten note to act as a daily memory prompt (was I the only one reminded of Groundhog Day?) and Landau’s cell phone number printed on his wrist, Zev’s adventure is subsidized in part by a gun shop owner — happy to sell a firearm to a man clearly not in full possession of his faculties — and a border agent who takes pity on the gun-toting nonagenarian (with an expired passport) and lets him through. If the film hits big, there’s talk of Trump building a wall around it. 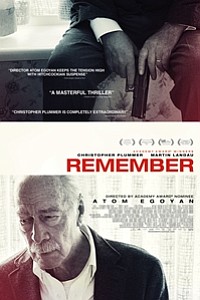 There is no actor currently at work capable of embodying the complexity of this character like Plummer. Zev is not to be pitied, nor scorned, nor stopped. The energy Plummer brings to every scene of this film — and there aren’t many without him — is enough to still any costumed vigilante one-third his age. And in many ways, the role offers pleasant payback for all those years he’s spent trying to fog the memory of Captain Von Trapp.

The chances of an April release being remembered come awards season are relatively inconsiderable. This is one of those rare mainstream releases that gets everything right, right down to its knockout ending. As of this writing, Remember is scheduled to open exclusively at The Lot. Let’s hope business is such that the film expands before taking up permanent residence on a pay service near you.

This film mined tension as few have. Martin Landau and Christopher Plummer playing opposite each other was illuminating. Very much worth seeing.

A member of the SDJFF or the Cinema Society? Either way, thanks for the vote of support!

Not a member of either, but I try to pay attention to good film!