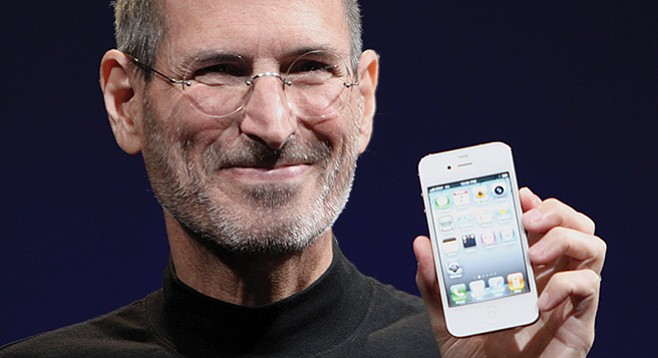 I object to the existing U.S. visa program that was tailored to allow so-called “high-skilled” workers into the country. Supposedly, these workers are let in to fill jobs that Americans can’t fill because they don’t have the skills. I don’t buy that, and I believe the purpose rests more in paying lower wages. But put that aside and consider the numbers, which are important. The annual number of visas granted are adding up. More than 150,000 workers are coming in annually on the “high-skilled” H-1B visas, with another 150,000 coming in on the related L-1 visas for skilled workers/managers being transferred from abroad by multinational corporations to their U.S. operations.

These worker visas are renewable and could eventually lead to green cards for permanent stays. But the program was aimed at temporary workers who would go back.

If temporary work was truly the employer’s intention, it would be unlikely that a knowing American employer would give such employees important work to do, for fear that American know-how and innovation would flow back to foreign competitors when these workers traveled back to their countries. And to the extent that temporary work is the intention, it is almost insulting to say that Americans could not fill such unimportant jobs.

So this seemingly temporary and insignificant visa program takes on major significance. Millions of American jobs have been diverted to foreigners, jobs that Americans can fill now, or could easily be educated to fill in a few years.

It has been said time and time again that we are a nation of immigrants. But at some point any popular immigrant nation must begin to limit immigration, lest the whole world come to its shores. America enacted such limitations decades ago. So, the argument that we are an immigrant nation and must continue to be so now and in the future fails — in both logic and in fact.

Some say these so-called temporary visa laws were an end-run on our existing immigration policies. Some say the purpose was to place a lid on the wages American companies have to pay in the United States. Either way, my overriding point has to do with the decline of America.

I was never a fan of Steve Jobs as an executive. He may have been the very best design innovator the world has ever seen. He may have been a superb technician. But on an ethical level, I don’t know. He did seem to be involved in illegally back-dating stock options, and perhaps in illegally conspiring to keep wages down in Silicon Valley.

And as far a long-range executive planning is concerned, he did move his manufacturing abroad and started or accelerated the decline of America. In my view, Apple effectively created Samsung, a major competitor that will share Apple’s markets forever. In so doing, the American economy was ruined for American workers. Foreign workers thrive, while the wages of American workers have in fact been stagnating.

I recall reading about how Steve Jobs berated President Obama for not letting more highly skilled foreign workers into the United States — because, he said, the American universities were not graduating enough scientists/engineers/technicians for him to hire. My reaction to that was that the American universities could and would have educated enough qualified Americans if Steve Jobs had the jobs for them in the United States.

But with the absence of such jobs in America, fewer American students would undertake such studies, and thus the American universities would not be able to supply the talent. The American universities were not deficient, as proven by the inflow of students from abroad to study in these very areas. It was corporate America that created the problem. Then it tried to bring in foreign talent to address the problem.

Still, whether the purpose of the visa programs was really to obtain lower-cost workers looms into insignificance as compared to the millions of American manufacturing jobs moved offshore and the profits hoarded abroad. The visa program does exist, has been growing, and is of doubtful benefit, while costing the loss of millions of non-manufacturing jobs for Americans in America.