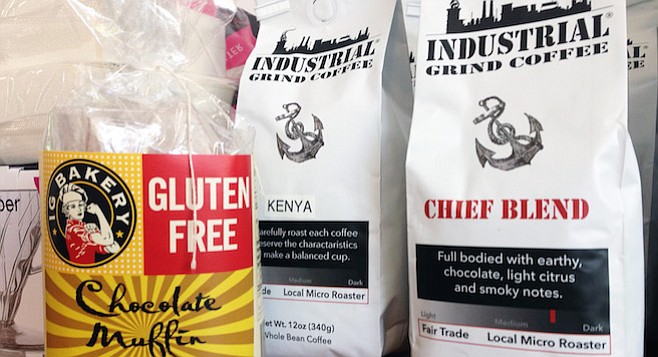 From retired, to coffee shop owner, to coffee bean roaster, to breadmaker

"Barb and I talked about coffee for 10 years before we retired from the Navy," remembers Hensen, "Two months after I retired, every day I'd get up and say, What are we doing today? Because I don't know how to sit still. One day she said, I'm buying you a job."

Jeanine found a Craigslist ad selling the coffee shop Jitters on Park for 25-thousand dollars. "We had saved some money and thought, We'll pay cash and if we don't like it we'll walk away after a year," says Hensen. "Here we are, almost six years later!"

Industrial Grind didn't initially roast its own beans, points out operations manager and newly invested partner Crystal Jones, Hensen's niece. She says roasting was Jeanine's idea. "Barb decided we were never going to make any money if we didn't start roasting our own coffee. So she started roasting coffee."

Jeanine took some roasting classes and started cooking beans in a commercial kitchen in Santee, where Industrial Grind also established another component of their growing business. "It's a big gluten-free area out here," Jones says, referring to Hillcrest. The shop initially sourced gluten-free breads from a nearby vendor, but these sold so fast the vendor couldn't keep up with demand. Again, Jeanine had a hands-on solution. "Barb decided we needed to start making our own bread."

They call that side of the business IG Bakery, and these days it sells bread through Whole Foods and Kiehl's markets, as well as their four shops. Last year, with the Santee kitchen being active daily, the partners decided to open it as a second retail shop. A Tierrasanta location followed in October. Like the original shop, it was an existing café being sold by its previous owner, Coffee Couture.

The new shop at 1433 University Avenue takes over the former site of a furniture store. It's hardly 400 yards from the shop on Park, but measures 1500 square feet compared to the first location's 600, including patio space. "When we first started talking about coffee," says Hansen, "this one is probably more what we imagined than any of the other ones." 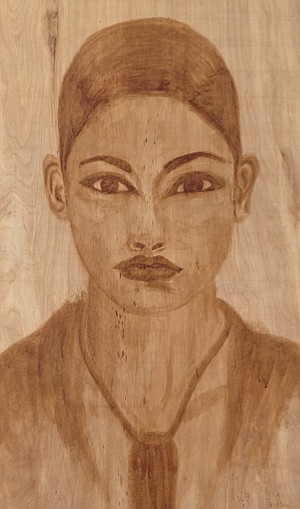 The larger space includes furniture designed by Jones and built by Hensen, with walls adorned by artwork Jeanine painted using coffee as a medium. The new shop officially opened July 1, which also happened to be Hensen and Jeanine's third wedding anniversary.

Speaking to them on June 30 inside the new shop, the couple realized they'd been so busy preparing to open the shop, they'd nearly forgotten the occasion.

Kathy asked Barbara with a laugh, "You know tomorrow's our wedding anniversary?"

"Happy Anniversary!" Barbara shot back, adding, "Hey, I bought you something!"