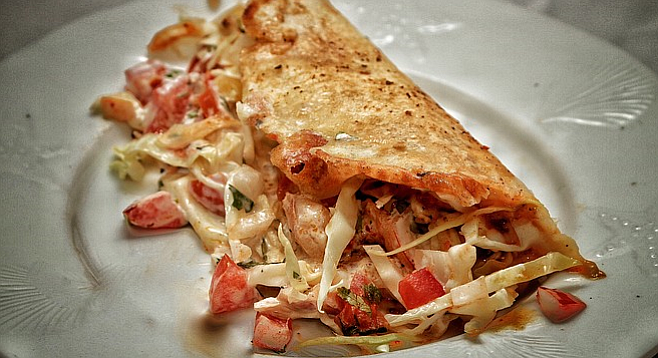 The best camarón enchilado taco in all the land

My friend Danger Dave took me to Los Compadres for the first time a few years ago. He guaranteed that they had the best camarón enchilado taco (spicy shrimp), better than Tijuana favorite El Mazateño.

I have since gone to Los Compadres almost every week for the past couple of years for that very same taco. If I upload a picture to social media, I get flooded with questions as to where to find this taco (and many jealous comments). Here’s the answer: 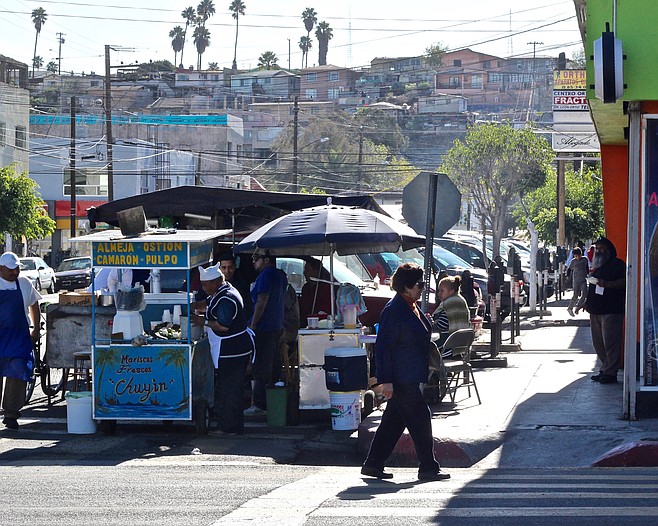 You find Los Compadres next to Parque Teniente Guerrero at the corner of 4th street and Cinco de Mayo. Open 7 a.m. and 3 p.m. daily, except Sundays. They start running out of shrimp around 1 p.m., so you need to get there early. They also serve fish and shrimp tacos (with or without batter), caldo de cahuamanta (stingray broth), marlin tacos, and more. 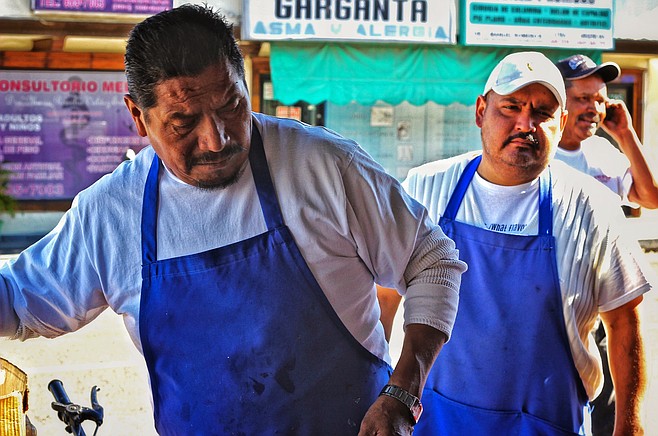 Their caldo de cahuamanta they recommend for hangovers, especially if you add a spoonful of their very spicy salsa. It will sweat your hangover away, and Los Compadres will turn a blind eye if want to drink a Tecate at their taco stand. Their marlin taco is decent and similar to what you would find at any other taco stand that sells marlin. 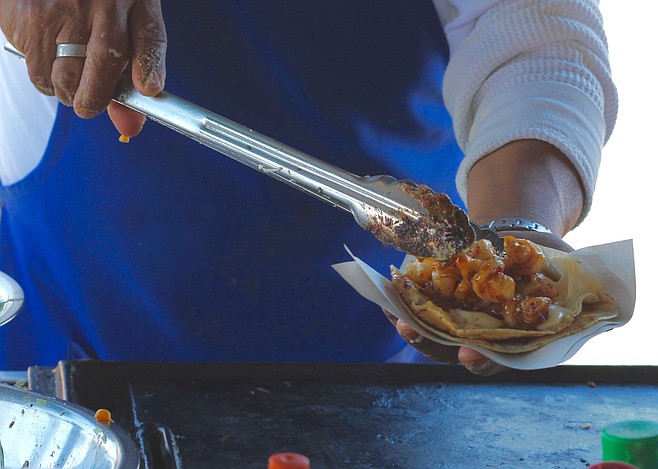 Definitely the MVP and the main reason to go is the camarón enchilado. I could write a love song about this taco. It’s gigantic, greasy, has lots of melted cheese that gets burnt around the crust of the tortilla, and is loaded with a lot of flash-fried shrimp that was dunked in buttery chili sauce. It is topped (all optional) with cream, cabbage, tomato, cilantro, and chipotle sauce. It’s a complex and messy item to pick up and eat.

It’s not just me that has been addicted to these shrimp tacos. My friend Erik Trejo, who worked at Blind Lady Ale House, would regularly cross the border early morning just to eat the taco and head back north to work. The painful wait of crossing the border wasn’t enough to dissuade him.

Another friend who teaches English in Saudi Arabia stayed in my apartment for a month last summer. He ate two tacos de camarón enchilado every morning for his entire stay. He still randomly messages me that he misses the taco. 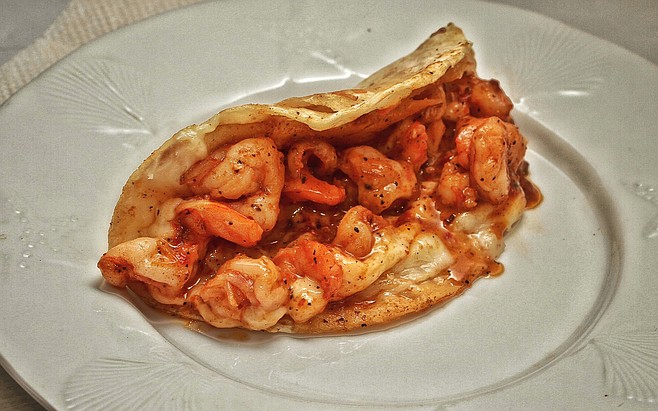 The shrimp enchilado without toppings

And it’s not just my friends. I have also bumped into owner of Baja-Med restaurant La Justina, Javier Cair, at Los Compadres. A former neighbor of mine, a white guy that partied too much, would take hordes of Americans and Europeans for that taco and kept the party going while drinking Tecate on the street.

None of the ingredients are gourmet or fancy. It’s a dirty fish taco truck just like the Tijuana Gods intended, and they happen to serve the best camarón enchilado taco I have ever tasted. They have a tip jar in form of a Tecate bottle. Drop some coins in when you are done with your meal and shout “por la causa!” Which means “for the cause,” the cause being to buy more Tecate.