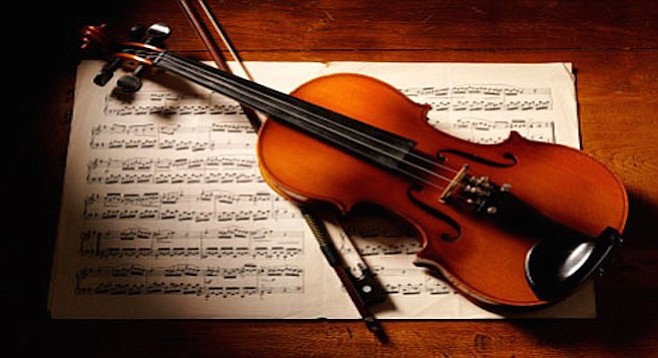 How we fool ourselves into thinking we're supporting when we're not

I’ve often heard people say how important it is to support the arts. If you’re reading this then you’ve probably said something along those lines yourself. Often this sentiment is then followed up by a qualifying statement such as, “Man, I haven’t been to the symphony in years.”

It’s an interesting little tick many of us have. We state that the arts are important to us. Pause. Then realize we haven’t been to anything for a while.

I used to regularly go up to Los Angeles for opera and symphony performances but, “Man, I haven’t done that in years.”

It’s terrifying when I think about the quality and reliability of the cars that took me to those concerts. I have more resources and more reliable transportation to go to L.A. but I don’t. Why?

...from the Baroque, Classical, and Romantic periods

I think the arts, or in this case classical music, are subject to the same behaviors as other topics we think are important. It is no secret that most of us need more exercise and a better diet. The trap we fall into is talking about exercise and diet instead of doing exercise and diet.

The slight release of mental stress that comes from talking or reading about exercise is enough to make us feel as though we’ve made an improvement, even though we haven’t actually done any exercise. I’m beginning to think the same thing is going on with classical music and, if we’re to be honest, any number of other areas in our lives.

I was disappointed in the turn out to Jeremy Denk’s performance of The Goldberg Variations last week and chose to let that disappointment come across, loud and clear, in my writeup of the concert.

Upon further reflection and a few conversations, I don’t think there was a conscious neglect involved in those who knew about the concert but didn't go.

I think the idea of wanting to go to a concert is enough to make us feel as though we did something. Again, this happens in many areas of contemporary life. How many books do we buy and never read?

How many times do we trick ourselves into thinking that we’re supporting something that we do care about when in reality we’re not supporting anything. The willingness to support music is out there but it is distracted.

The ability to focus this distracted support will probably make or break any number of classical music organizations in the coming years.

May I suggest some possible reasons explaining the low turnout at Jeremy' Denk's Goldberg Variations recital:

And finally the major reason at least as far as I am concerned: The Goldberg Variations are not a piece for piano and work way better IMHO on a harpsichord. I would have rushed to hear somebody like Pierre Hantai or Kenneth Weiss perform them, and I would have killed to hear Mr Denk perform Beethoven or Schubert but I confess to be way less interested in his Bach and especially the GV.

Yes to all of those and I might add people just not knowing about it.