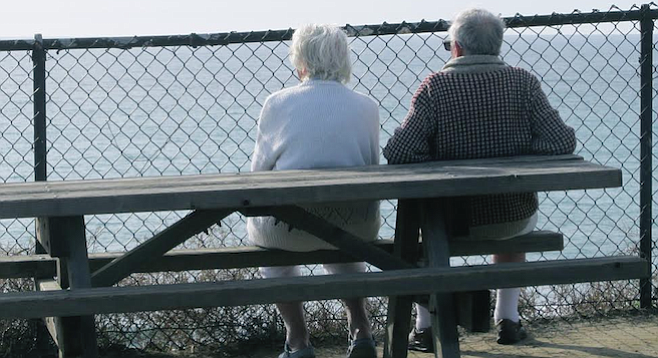 A 50-year love affair with Cardiff by the Sea campground

In 1965, Frank and June Nuttall were camping throughout the desert Southwest with their kids in a tent trailer when they decided to travel west from Arizona on old U.S. Highway 80. 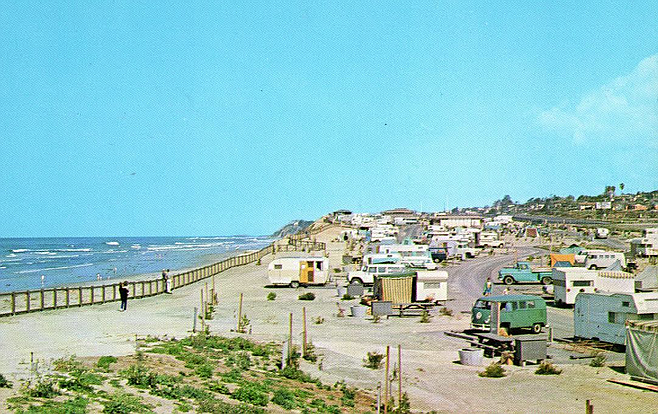 After heading up the coast, they spent their first night in San Diego at the San Elijo State Beach. It led to a 50-year love affair with the Cardiff by the Sea campground, and a state record.

After that trip, the Nuttalls returned each summer and Christmas vacation from their British Columbia home. Their sons, Kevin and Kim, became Canadian beach boys.

In 1987, Frank and June became the full-time campground hosts at San Elijo. It was a tradition that lasted 26 years, earning them the state record for being the longest-serving volunteers in California’s history.

When they retired in 2013, the San Diego County Board of Supervisors proclaimed it Frank and June Nuttall Day with a special presentation at their campsite.

On February 18, Frank, 89, and June, 85, returned to the campground for a reunion visit with several of the regular campers and rangers that they served with over the years. Stories and laughs were shared. 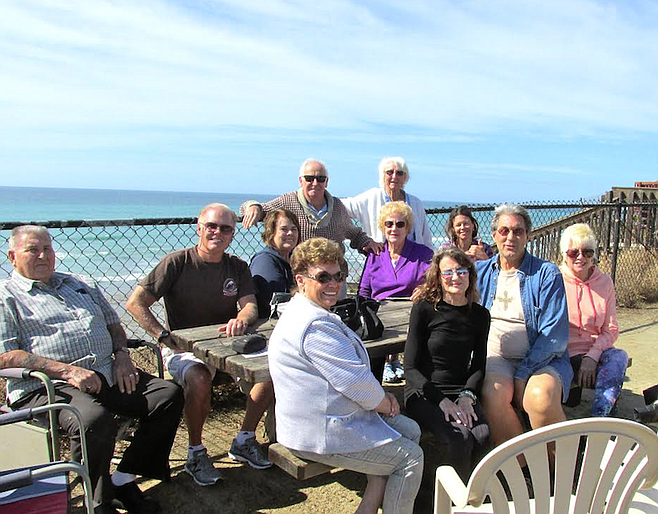 The Nuttalls (in back) and friends

“The people!” said Frank. That’s why they returned year after year. “They were just great.”

Originally they were full-timers for the first five years, until their new travel trailer completely rusted out from the salt air. When they purchased an easier-to-maintain aluminum Airstream trailer, they cut back to six months a year, wintering in their BC desert climate of the Kalowna Valley (about halfway between Vancouver and Calgary).

Frank and June shared some memories of life at the San Elijocampground:

Once, an escaped baby bull from the Del Mar Fair made it into the campground. It was running around everywhere, scaring people. One of the campers on the south end was a cowboy and he finally lassoed it.

One year, a naked woman was prancing around the open washroom, waiting for her clothes to dry. The Nuttalls had to call the sheriff’s department. “Every sheriff’s car in town showed up," said June.

One year, when rural North County was ravaged by a wildfire, the campground took in 50 horses. “We were hauling hay for days.”

How can you tell the Canadian campers from SoCal beachgoers? “No wetsuits.”

Back then: the campground culture was clearly divided between the south sites #1–126, and the north sites, #127–171. “The south end was Party Town, the north end was Relaxing Town.”

Sites were $4 a night when the Nuttalls first visited. Dave and Joyce Timms, from Mira Mesa, said they just booked their 2016 summer week for $57 a night.

The Nuttalls’ best memory of the town of Cardiff: walking across the railroad tracks to take the kids for big ice cream cones at the Yellowstone Bus Company Deli (long gone).

The couple said they were disappointed to see the removal of landscaping shrubs between many of the campsites. “There’s no privacy now, ” said June.

Several visitors brought old photos, many of June’s large flowerbeds at the camp’s entrance off Coast Highway 101. “I’d get free surplus flowers from all the nurseries every year,” she said. The state has since replaced the flowerbeds with drought-tolerant native plants.

At the end of their afternoon visit, the two sat at a picnic table in campsite #1, looking at the ocean and the descending sun.