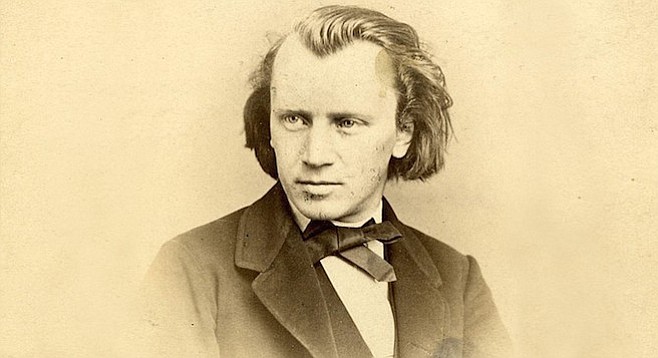 The San Diego Symphony put Beethoven and Brahms together on Friday night at Symphony Hall. The Beethoven was his Symphony No. 6: The Pastoral. The Brahms was his Piano Concerto No. 1.

The sound of the orchestra during the Pastoral was gorgeous from start to finish with just a few bumps in the horn section. Maestro Jahja Ling’s pacing of the music was reassuring. When The Scene by the Brook started, I thought, Oh, thank God.

That second movement can go on forever if the conductor let's the brook turn into a bayou. The tempo felt as though it matched the ideal speed of a gentle brook in a forest glen. That’s based on an extensive study of the forest brooks of Southern Oregon I did for the Bureau of Land Management. 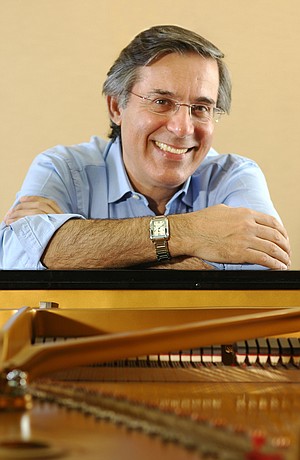 If we return to reality, I don’t have that much experience with the tempo of brooks but Maestro Ling’s pace felt right with what Beethoven wrote about them.

As the summer storm passed and the music transitioned into the Shepherd’s Song — one of Beethoven's most fragile moments — the glory of this orchestra was obvious. I felt it to be one of the most gorgeous instances we've had in Symphony Hall.

Pianist Arnaldo Cohen was the soloist for the Brahms piano concerto. I initially began to go down the road of saying where he is from and what he has done but does it matter?

On Friday night Mr. Cohen was from wherever Brahms was from, and I don't mean Germany. The performance and the experience of the music was something finer than countries of origin. It was finer than cultural bias and tradition. Mr. Cohen and Brahms and the orchestra and Maestro Ling all came from the same musical country during the performance.

After the music concluded, the audience continued applauding for so long that Mr. Cohen was forced to play some Chopin for us. Cohen is also from where Chopin was from — not talking about Poland.

I’m starting to question this obsessive need to identify which country everyone comes from. I guess it’s safer and easier to discuss Beethoven being from Germany but living in Austria or Brahms also being German and continuing the tradition of Beethoven. Those topics are in bounds but sharing something intimate about the musical experience usually isn’t.

During the slow movement of the Brahms I became aware that something in the area of my heart was starting to close. I realized that this closing was a familiar feeling and tried to relax and allow it to remain open. It was something of an emotional moment because I recognized that I was only aware of the closing.

Brahms, Maestro Ling, the orchestra, and Arnaldo Cohen had already conspired to create the opening without my knowledge — or consent. It felt as if they had included me in their nation of musicians and my response was to start closing the opening they had created.

E.E. Cummings expresses this much better than I can:

your slightest look easily will unclose me though i have closed myself as fingers, you open always petal by petal myself as Spring opens (touching skilfully,mysteriously)her first rose

That is similar to hearing the San Diego Symphony, Maestro Ling, and Arnaldo Cohen perform Brahms.