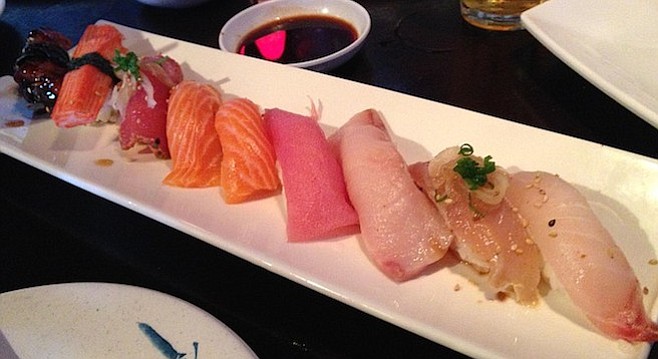 It was all going well until that last piece of "fish"

I've eaten sushi in Montana. So, intellectually, I understand that you don't need to be coastal to get fresh-enough fish. But, for some reason, I get as far as East County and I get dubious. For no good reason. It's less than 18 miles from fishable ocean. If Sushi Ota moved to Julian, Chef Ota would put a lot more miles on his car, but the quality would stay the same. 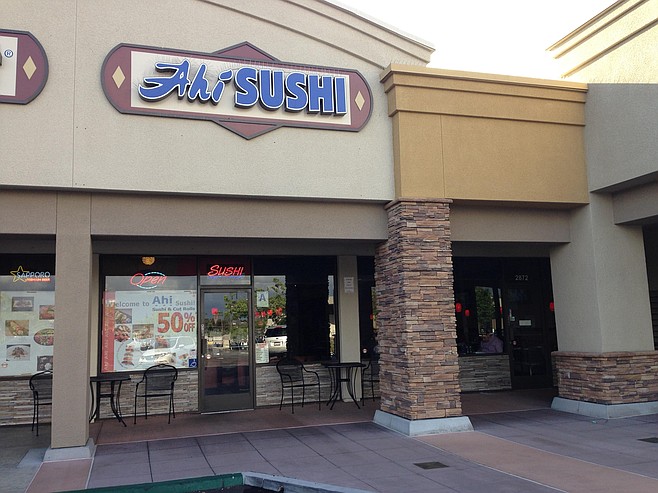 It probably didn't help to spot a sign touting "50% Off!" in the window of Ahi Sushi & Grill. That's in Fletcher Hills, which I've learned is a neighborhood on both sides of the border of La Mesa and El Cajon. I'm not above jumping on a half-price sushi deal, but it feels like gambling — hoping to win, expecting to lose. I didn't have high hopes. 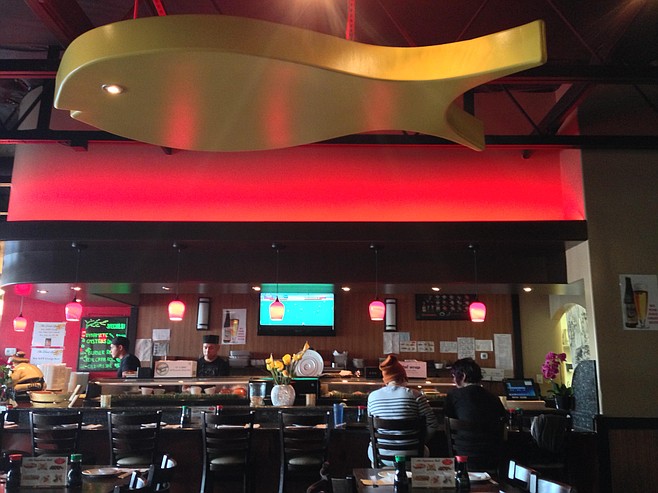 But, seeing as my family showed up to discover a trusted nearby spot closed on Sundays, we wound up at Ahi. It was bigger than I expected, and moderately busy. There was also some to-be-expected Maneki Neko "beckoning cat" décor, but I did not anticipate the large flat sculpture on the ceiling in the shape of a giant goldfish cracker.

Here's my beef with this particular 50% deal — it makes you do math. For example, a two-piece order of escolar nigiri sushi lists at $7.50, yet the menu reminds you the price is 50% off. Those nigiri actually cost $3.75. And they cost that much whether you order them day or night, any day of the week. This sushi is only 50% off an imaginary price.

That said, the nine-piece nigiri combo lists at $19.99 — which means in reality it costs $9.99 and half a cent. That's a buck-eleven per piece of fish, and if the fish turned out to be better than decent that's an excellent deal. Even if one of the pieces turned out to just have a piece of avocado strapped to it, or that sweetened omelet tomago, I'd be cool.

It wound up including the usual suspects: yellowtail, salmon, ahi tuna, and albacore, plus cooked eel and some red snapper. I would have loved to see a little of that escolar. But no. Instead the last piece was a piece of krab. Not crab. Krab. 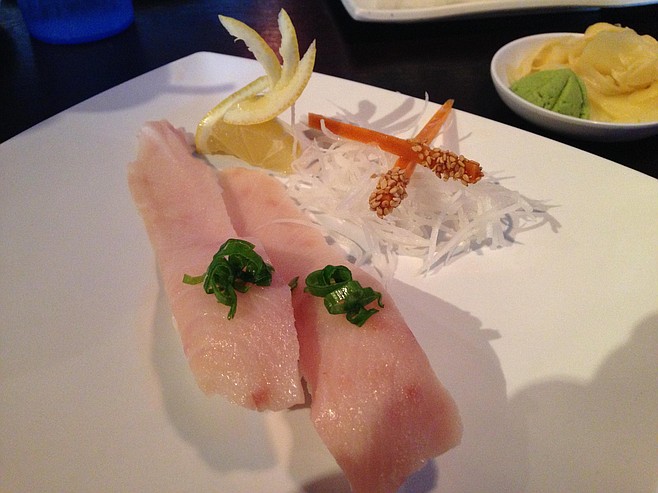 Hamachi belly usually costs a little more because its better quality. Here it's affordably satisfying, but not mindblowing.

I actually enjoyed the fish. I also ordered two long-cut pieces of very enjoyable hamachi belly that actually wasn't half price at $4.25. But a fake crab stick served on a pressed ball of rice isn't something anybody should be expected to eat. I understand its place in a California roll, where the vague resemblance to crab is abetted by other ingredients. On its own, krab is a gross reminder you're missing out on the real thing.

It's still a great deal at eight pieces and a waste of good rice, so I'll probably go back for the $10 combo when I hanker for Sunday sushi. But next time I'm going to send that krap back.

"I don't know what I expected."