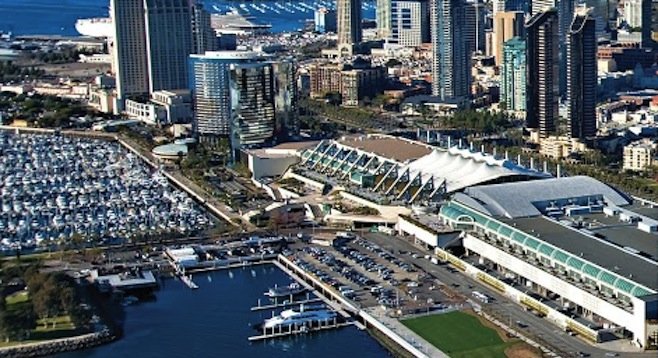 The consulting firm of Convention, Sports and Leisure International has come out with a $90,000 study telling San Diego that if it builds a contiguous convention-center expansion, it will gain $157.1 million in direct convention-attendee spending.

According to the study (paid for by the convention center, City of San Diego, and JMI Realty — the realty arm of John Moores's empire), annual hotel-room nights generated by the expanded center are projected to rise from an average of 926,000 over the past seven years to 1.2 million. Direct attendee spending will rise from $576 million a year to $733 million. 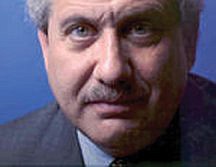 San Diego's leadership is accepting these forecasts as word from on high. But it is time to look at the track record of Convention, Sports and Leisure International. The book, Convention Center Follies, by Heywood Sanders, the ranking expert on convention centers, sheds light on this record, as well as the record of other consulting firms that tell cities what they should do about their convention centers. The advice is almost invariably, "Expand it!" despite a glut in the industry that is forcing centers to slash their prices by 50 percent. San Diego's center is slashing its prices by that much, too.

How did the consultant get it so wrong in Philadelphia? Well, the city's largest convention regularly is the Federal Office Systems Expo. In 2003, the firm told Philadelphia that this event would show total annual attendance of 60,000 into the future. According to Sanders's book, the event attracted 20,951 attendees in 2006. "By 2010, it was down to 13,398," says the book. "The 2011 edition attracted a mere 8,160." But Philadelphia's expectation for booming room nights was based on the prediction that attendance would be 60,000 into the future.

Another example: when Convention, Sports and Leisure International was concocting its forecast for Washington DC, it "assumed that each and every convention attendee stayed in the Washington metro area more than three days, with three nights' spending on hotel rooms — a total of more than $1000 in spending for each attendee." But for fiscal 2010, a total of 267,000 attendees produced just 274,379 room nights — "a far cry from an average stay of three or more days," says the book. Indeed, to me, the 2010 number suggests an average room-night stay of a little over one night.

I called Sanders, a professor at the University of Texas San Antonio. He pointed out what is going on in the industry: in 2008, the biotech industry trade group BIO International had attendance of 20,108 at its huddle in San Diego. Last year in San Diego, attendance was 15,667. Overall convention attendance rises slightly over time but the amount of new convention space zooms. Consulting firms tell cities that they must expand because other centers are expanding. The industry itself admits that it is greatly overbuilt — the reason for the price-slashing. But the consultants keep telling cities to expand into a glut.

"It is not plausible that every one of these centers could do better by expanding," Sanders says. And they aren't doing better. The consultants "only look at the demand side. They don't look at the supply side."

In my opinion, that's because the consultants know that the industry is oversupplied, but they don't want to look at the facts. If they admitted the truth, what would happen to their business?

Rip-off city. Your discussion of convention center projections is damning. I have never understood how using "consultants" became so entrenched in public education, another example, automatically conferring expensive false legitimacy to any project.

It seems "consultants" provide a sheen of objective respectability to any enterprise that requires public approval. "Consultants" are neither honest nor reliable: they are in business to please whomever hires them, thus assuring more future business for themselves.

The only thing unusual about this was that JMI paid for one-third of the tab. However, entities related to the city -- the center and the city itself -- paid two-thirds. Best, Don Bauder

JMI, the realtor who will profit from contiguous expansion of the convention center -- the outcome recommended by hired consultants -- paid for one-third of the cost of the consultant's report? Is the consultant a subsidiary of JMI? Might as well be. Same could be said for the City of San Diego.

Monaghan: JMI now says that it did not pay for one-third of the study. Originally it was going to do so, but then backed out. My error. Best, Don Bauder

Consultants are supposed to be impartial arbiters of fact when they do their studies, and a few actually do that. But in this case, it they tell a couple cities that a) the market is already over-saturated with space, b) the number of conventions isn't growing, but is shrinking, and c) the attendance of the conventions that still are held isn't growing and is trending downward, soon nobody is asking about expansion any more. Tell the world the truth, and talk of a crisis in conventions will be all over the business media. That would, in turn, lead to even fewer gatherings and fewer in attendance. The consultants would have no more clients and be out of business.

I note that in the past few days, KOGO announced that the afternoon mouth, Sully, who has recently been paired with Carl DeMaio, is off that show. He'll still be with the station. For those who didn't have the misfortune to listen to him, he was all for the new stadium, without any sort of reservation. And he was all for convention center expansion. During Comic-Con he was thumping the tub for more "big shows" of the sort that needed more space, basing that on all the activity generated by Comic-Con. Of course, all that activity didn't involve big spenders patronizing hotels, restaurants and bars in the style of the usual visitors on expense accounts.The announcement claimed that Sullivan had been with the station since 1998, but I don't recall him in association with KOGO until three or four years ago.

You really should read Heywood Sanders's book. It tells in great detail how one city after another is fed the same line of garbage; they expand their centers because they want to keep up with the competition, even as convention planners take them to the cleaners by demanding huge price slashes.

But the cities keep building into a massive glut, because this is corporate welfare at its worst. The reason the centers don't mind losing money on conventions is that the establishment wants the hotels to rake in the bucks.

As to the radio guy: the mainstream media generally bang the drums for subsidized stadiums because they make money from sports. Any election on a stadium will be one-sided, because the voters will be hearing and reading only the pro argument in the mainstream media. Also, the team will outspend opponents by at least 100 to 1. If it is a special election, as it often is, the sports fanatics will turn out in droves. Sensible people will not. Best, Don Bauder

There are two kinds of professional. One puts the work first, the other the buck.

Twister: And in our present environment, there are few of the first kind and many, many of the second kind. Best, Don Bauder

People getting their heads slammed around enough to induce brain damage, suicide, ad nauseam, is obscene.

Twister: Yes, it is. It is obscene. But it is extremely profitable. Best, Don Bauder

Watching it is much more obscene. You're not taking the risk, but you're facilitating, "aiding and abetting" illness, misery, sorrow and death for entertainment. "I like to watch" is one of the creepiest statements there is.

Twister: Yes, it is the creepiest statement and I hate to admit it, but I utter it all the time. I watch football and basketball. Thus, I am contributing to the massive scam: billionaire team owners, with the help of politicians and the mainstream media, using blatantly false propaganda to woo the taxpayers into paying for the billionaires' stadiums.

The billionaire owners and the millionaire players are getting rich off humanity's worst instinct -- love of violence. Best, Don Bauder

I hate conventions. Even local ones that don't require airport nonsense. I wouldn't go within a mile of the insane ComiCon chaos. Fortunately I have a computer, like most people, and there are ways to collaborate online and do voice or video conferencing. I don't like that either, but at least I don't have to wear clothing from the waist down.

I suspect that conventions are mostly about individuals eating, drinking and socializing at the company's expense. As companies run leaner and meaner, that foolishness will be seriously reduced for the lower 95%. There will soon be a worldwide search to find another use for those ridiculous buildings. Casino? Skating rink? Scary halloween dungeon? Could we rename ours as the Kevin Faulconer Fear Factory?

I think it's called getting Faulconed. As well as Faulconned.

swell: Make it eating, drinking, socializing, and copulating at the company's expense.

Twister: See above. Initially, the money was to come from the city, the convention center, and JMI. But JMI backed out. I would surmise that one way or another, the $90,000 came out of taxpayers. Best, Don Bauder

By what statutory authority?