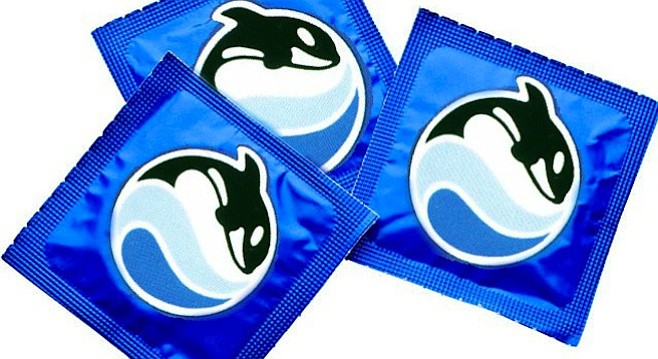 In 1999, Gudmundur Sigurdur Johannsson obtained U.S. Design Patent D448471 for the ornamental design of a novelty condom shaped like a killer whale. But somewhere along the way, he came to the conclusion that "certain kinds of humor don't always play well in the bedroom," and the item never went into production. That might have been the end of the story, had it not been for the California Coastal Commission's demand that SeaWorld San Diego stop breeding its killer whales in order to obtain a permit to build new orca storage facilities.

"It started as a sort of joke," explains Free Willy Foundation President Gregory Gamete. (The foundation, named after the hit 1993 film about a boy's effort to free a doomed orca from an aquarium, advocates for the wholesale release of captive whales.) "I read about the Coastal Commission's demand, and I said to someone in the office, 'What are they gonna do, put condoms on killer whales? Just another day in the life of a SeaWorld trainer!' I guess someone overheard me and Googled 'killer whale condom,' and boom, the light went on. We got in touch with Mr. Johannsson, and now, we're struggling to meet the demand. All of our proceeds go to benefit the foundation. It's amazing what people will do for a good cause. And also, what they'll wear while doing it." 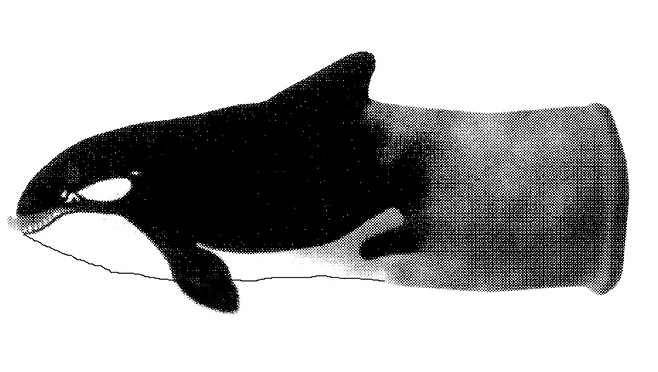 Why not a humpback?

Mr. Johannsson, meanwhile, says the success of his 'orcondoms' has inspired him to begin work on more designs. "There are, to date, only four northern white rhinos left on earth. I am hoping that my 'rhino horn' can help raise funds for the preservation and propagation of this great and noble creature. And that my 'elephant's trunk' can help to save the deeply endangered Asian elephant from extinction."