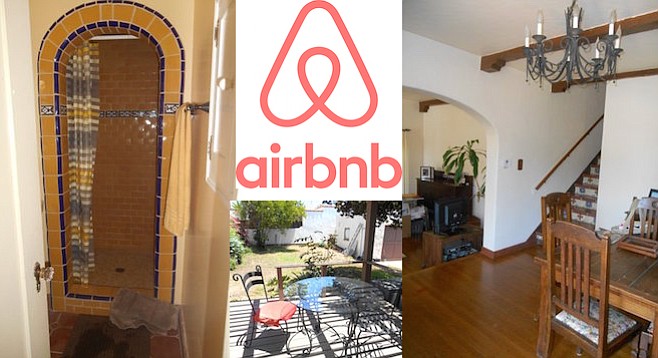 The overnight Game of Woes

Comic-Con 2016 dates are set for July 21–24 and enthusiasts are bursting with anticipation as they await pre-registration news due out any day now, when 2015 attendees have first draw at badges for 2016. Following pre-registration, spectators will ready themselves for their next order of business — securing accommodations.

Each year, it seems the majority of spectators wait until spring to book their accommodations, when Comic-Con partners with some 70+ hotels offering “special rates” (from $180/night). While these accommodations sell out about as quickly as Comic-Con badges do — usually in less than an hour — this serves as a reminder that planning your stay well ahead of the impending Comic-Con year is advised.

Comic-Con officials are still rallying to convince hotel partners to maintain 2015 rates through 2018. Though such discounts will benefit some, with more than 130,000 Comic-Con spectators attending each year, and roughly half from out of town, banking on securing a room via the Comic-Con hotel partnership is a long shot. Given these circumstances, travelers now turn to short-term rental services such as Airbnb and VRBO.

Airbnb business during Comic-Con has nearly tripled since 2014. Despite how ubiquitous Airbnb has become, not all hosts are extending the welcome wagon. One host, after learning that some potential guests were attending Comic-Con, turned them away, saying that the property was no longer available.

Another host says, ”I did not like to take Airbnb guests during Comic-Con because some Comic-Con guests are hard on your property. I also need to set a time requirement.”

On the flip side — some hosts encourage Comic-Con guests. Airbnb host Mark Hidalgo of downtown San Diego says, “We’ll have a lot of people and above average cleaning to do, for sure. Maybe a few small things get broken, but whatever.”

First to admit she has the right personality for hosting Comic-Con guests is Melinda Medina of Point Loma. Medina has opened her home to Comic-Con guests for the past four years. “How could you not want Comic-Con guests? They bring such good energy and have such great stories to tell,” she says.

While most say that the key to a successful guest/host arrangement is setting guidelines, asking questions and reading profiles/reviews prior to booking is also paramount.

Among the most critical guidelines are rates. Airbnb says, “We give tips to hosts to best price their listings.” However, price gouging is a growing concern. Airbnb terms state, “Airbnb cannot and does not control content contained in any listings. Any bookings will be made at the guest’s own risk.”

Due to such lenient terms, many hosts are charging hotel rates. As of this year, more Airbnb hosts, particularly those downtown, are charging anywhere from $250 to $1000/night.

One downtown host charging $499 per night declined to comment.

Mark Hidalgo says his regular rate for his condo is $189/night, while his Comic-Con 2016 rate remains undecided. Hidalgo does say that his Comic-Con rate will be based on “the most I can get…. I figured if they're willing to pay, then it's appropriate.”

Conversely, homeowner Melinda Medina regularly offers a $70/night rate for a private, Spanish-style den; $100/night during Comic-Con. She says, “I think I‘m more reasonable than most people…. I think it gets too greedy. It’s capitalism at its worst. And it’s so obvious. Airbnb should set a price cap.”

It's asinine to "hold prices down". Huge demand, limited supply. RAISE prices, and you get rid of the shortages and the crashed web sites and everything being gone in three minutes. I have no idea why any hotel would "work with" Comicon... if I owned a downtown hotel, I'd charge $350 a night and see what happened.

"However, price gouging is a growing concern."

I wish people would stop saying "price gouging". There is no such thing. It boils down to, "They're charging more than I'm willing to pay, and that isn't faaaaiiiirrr!" Mark Hidalgo is dead-on when he says he'll charge “the most I can get…. I figured if they're willing to pay, then it's appropriate.” Exactly correct!

Even geeks get tired of being gouged and will look elsewhere for their kicks.