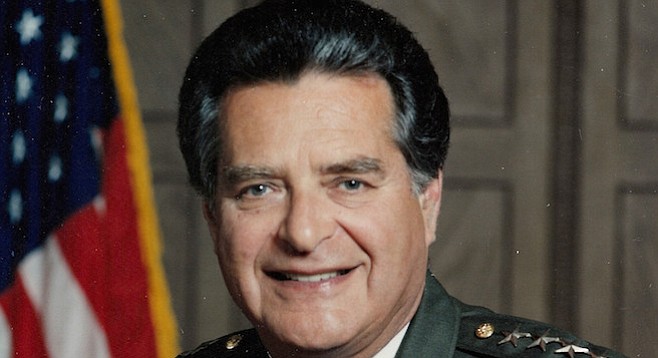 Newspaper strikers had to get by him first 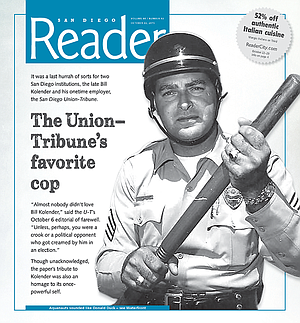 It was a last hurrah of sorts for two San Diego institutions, the late Bill Kolender and his onetime employer, the San Diego Union-Tribune.

“Almost nobody didn’t love Bill Kolender,” said the U-T’s October 6 editorial of farewell. “Unless, perhaps, you were a crook or a political opponent who got creamed by him in an election.”

Though unacknowledged, the paper’s tribute to Kolender was also an homage to its once-powerful self.

Kolender, who died October 6 at 80 after years of suffering from Alzheimer’s, didn’t live quite long enough to witness the final fall of the formerly mighty U-T, but his own power arc was parallel. 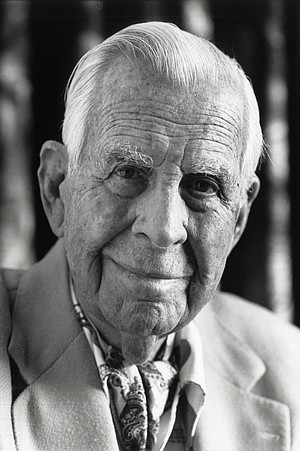 C. Arnholt Smith was Nixon's first big contributor back in 1946 and was alone with him on election night in 1968.

He started life on the force in July 1956, when Richard Nixon was vice president, Nixon’s pal Jim Copley ran the Union and Tribune, and San Diego was the exclusive financial bailiwick of C. Arnholt Smith, Nixon’s political patron, who commanded a financial empire including the United States National Bank, National Steel & Shipbuilding, a tuna fleet, and the Padres.

Kolender walked the beat during that era, witnessing the ways of San Diego law enforcement in the days of backroom gratuities, long before cops wore video cameras. 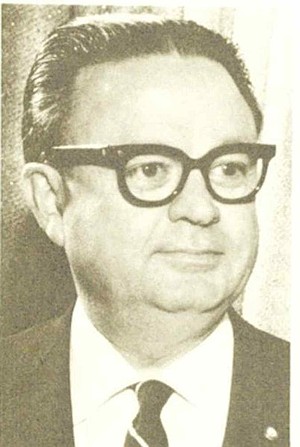 As he rose in the department and the city’s politics, he got to know Johnny Alessio, Smith’s protégé who ran the Caliente race track across the border in Tijuana.

Years later, ex–police chief Kolender would pen a letter asking Ronald Reagan to pardon Johnny’s son Bud, sent to the slammer for bribing Johnny’s guards while he was doing time at Lompoc for tax evasion.

“He’s served his time. He did something for his father, he made a mistake, and he paid for it,” Kolender told a reporter in October 1988. “He deserves a chance for a new start. I think he’s a good guy.”

Lenard Wolf, the lead FBI agent on the bribery case, told the Times: “That’s the way he (Bud Alessio) operates. You know, scratch my back, I’ll scratch your back. Butter up people who can do favors for you when you need them.”

Smith’s bank went bust in 1973, and he was forced into ignominy. Into the power void stepped new-styled Republican mayor Pete Wilson, with his silk ties, spit-polished wing-tips, and the suggestion he was the man to clean up the town’s sullied reputation. 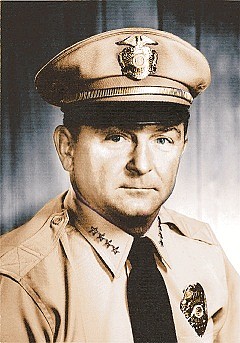 In 1975, after then–police chief Ray Hoobler was fired in a dispute over a stash of secret police psych files, Wilson engineered Kolender’s appointment as chief. 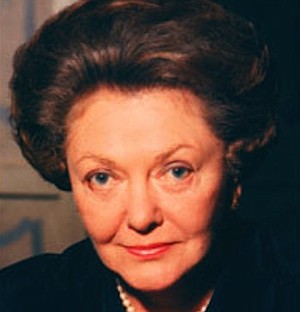 By then Helen Copley was running the U-T, and Wilson was her candidate. She hoped, as her husband had done for Nixon, to build him into a national contender.

Tall, affable, and with a direct line to Wilson, the self-styled liberal Republican Kolender projected the progressive image of a clean San Diego that the mayor, who coveted higher office, wanted to present to America.

Reality did not always match.

When Wilson moved on to the United States Senate in 1982, Kolender wanted to succeed him as mayor. A 1986 suit against the city by an ex-cop alleged that police intelligence honcho Bill Moller served as Kolender’s undercover wingman.

“They came to me, and they said — it was Moller — and he says, ‘You have got so much knowledge of who participates in massage parlors. You know our chief is thinking of running for mayor?’” testified Robert Hannibal.

“And I says, ‘Yeah.’ He says, ‘Well, we’re trying to find some dirt on [Roger] Hedgecock. Didn’t he frequent the massage parlors?’ And I says, ‘No, I don’t have any information.’ And he says, ‘Are you positive?’ And I says, ‘Yes, I’m positive, at least I don’t recall.’”

Kolender and Moller denied the charge.

Then on November 9, 1986, the Los Angeles Times revealed that under Kolender the police department had regularly fixed the tickets of the city’s rich and influential.

“A month-long investigation by the Times revealed that the Police Department routinely violates its own policies by dismissing thousands of tickets for flimsy or fabricated excuses or none at all.” 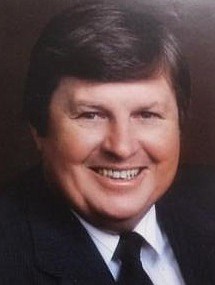 Caught red-handed, Kolender told the paper, “We’re going to tighten up the policy. It will not be so easy to cancel a ticket in the future.”

Said the Times: “For years, journalists have had tickets dismissed by turning them over to police spokesmen Bill Robinson and Rick Carlson, who oversee police-media relations. Since January, 1985, the worst offenders in the media have been Channel 10, with 64 tickets dismissed, and KFMB-TV (Channel 8), with 54.”

The investigation also uncovered a cozy ticket-fixing relationship between Kolender’s police department and the San Diego Chargers, for whom the San Diego cops were allowed to moonlight as security guards. A big sports fan, Kolender’s third wife Lois was the widow of Chargers linebacker Emil Karas.

“He will not be doing it anymore,” said Kolender of officer Dick Lewis, one of those identified as a part-time Chargers employee who fixed tickets.

A week later, the Times ran another exposé, this time revealing Kolender had accepted thousands of dollars in gifts in violation of the police department’s ethics policy.

“The free items include vacations in Hawaii and Palm Springs, rides in limousines, season tickets to Charger games, a pair of annual passes to Sea World, and dinners at fund-raising events with President Reagan and Gov. George Deukmejian,” reported the paper.

The Times went on to identify another sport related to the gifts.

“Since 1981 San Diego Padres President Ballard Smith has sent Kolender an annual pass that grants him and a guest free admittance to any National League ballpark.”

The story continued, “In October, 1982, Smith’s wife, Linda, was cited for making an illegal turn on La Jolla Boulevard. Linda Smith showed the ticket to a family employee, former police detective Wally Yeatts, who took the citation to the Police Department.

Added the story, “The ticket was eventually dismissed by the chief’s office. In April, Yeatts had Asst. Chief Bob Burgreen dismiss a parking ticket he received while driving a Mercedes-Benz owned by the Smiths.”

According to the paper, Smith “said in an interview that he does not approve of asking police officials to dismiss tickets. ‘I would suspect Bill probably feels the same way now,’ Smith said. ‘It probably puts forth an appearance of impropriety that none of us wants.’”

Kolender drew a hand-slap from then–city manager John Lockwood, who held that only a reprimand, not a fine or dismissal, was appropriate in light of the chief’s behavior, which also included Kolender’s use of policewoman Jeanne Taylor to drive his children to dental appointments and for other personal errands, accepting free Chargers season tickets, and V.I.P. gun transfers.

In August 1988, Kolender stepped down as chief to go to work for Helen Copley at the Union-Tribune. The decline in newspapers had already started, but U-T staffers were threatening to strike for higher wages and better working conditions. Copley wanted to slash expenses and needed law-enforcement muscle to keep the staffers in their place.

By late 1989, the dispute had grown so heated that reporters showed up at a synagogue in Solana Beach to hand out anti-Copley leaflets at a banquet where Kolender was being feted.

He returned the favor in late December, taking up a post at a door of the newspaper’s Mission Valley headquarters as workers exited on the eve of a threatened walk-out.

“As the midnight strike deadline approached Friday, Kolender, now a high-level assistant to the U-T publisher, positioned himself at the turnstile that employees use to leave the building,” reported the Los Angeles Times in a December 27 account of the incident.

“Kolender checked to see if anyone was carting off company property. Among other things, he seized a Rolodex from Union reporter Joe Gandelman.”

The story added, “Gandelman says he told Kolender that the Rolodex had been privately purchased. Kolender told a television reporter that he thought Gandelman said the Rolodex belonged to the company.”

The next day, two Copley editors called Gandelman to say his Rolodex would be “returned immediately and that he can do with it as he wishes,” the Times reported. 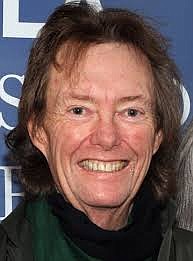 Besides handling rowdy reporters, Kolender was paid big money to keep an eye on David Copley, the publisher’s son, who was leading an out-of-control life of drinking and related debauchery at Foxhole, his luxury residential complex in La Jolla.

Copley had been repeatedly arrested for driving under the influence, landing him in a county work camp for a series of weekends.

It was said that Kolender, a hard partier himself, was intended by Helen Copley to become the father figure that David, conceived out of wedlock by Helen and adopted at age 13 by her second husband Jim Copley, never had. 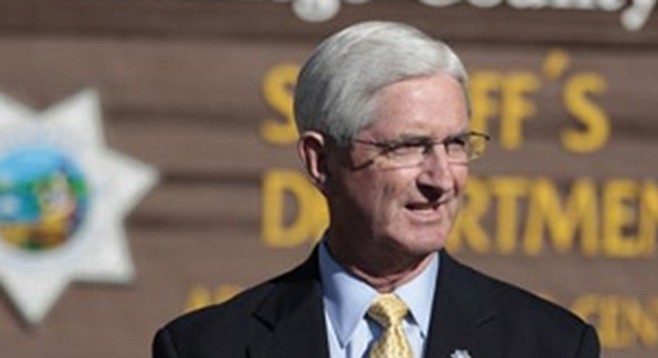 Kolender’s long goodbye to San Diego began when he resigned during his fifth term in April 2009, clearing the way for hand-picked successor and big-money establishment favorite Bill Gore to be appointed sheriff by the county board of supervisors, as urged by the Union-Tribune.