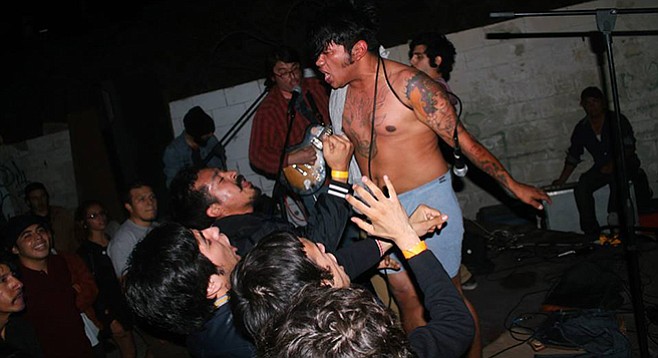 Rumble Fest II coming at you!

“I guess it was just a matter of being in the wrong place at the wrong time,” says Tijuana Rumble Fest organizer David Villegas. “This random crook popped out of nowhere and tried to pick a fight and I retaliated. It was a quick brawl and the guy disappears and the store clerk tells me I got stabbed. I pulled up my shirt and saw the blood and went into panic. Fortunately, I stumbled into my roommate a block away. I was losing blood fast and waited 40 minutes for the ambulance to arrive. I went to the hospital and waited about four hours. I was pretty sure I was going to depart from this world right there. I spent five days in the hospital. It was a living hell.” 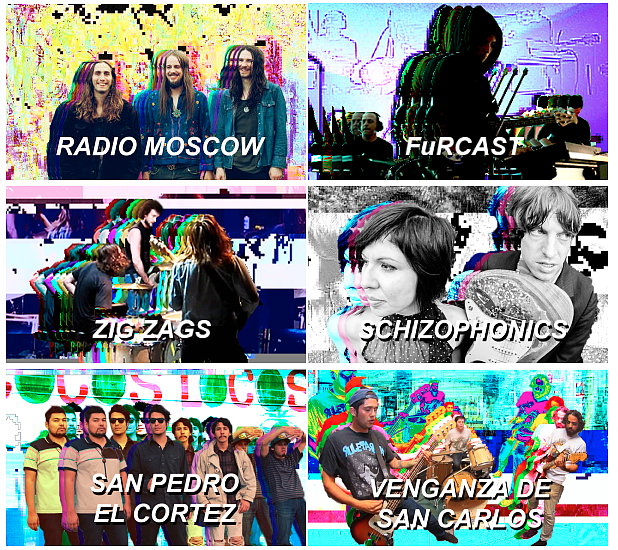 Villegas was stabbed four times in the abdomen on May 1 at a convenience store on Tijuana’s party block known as La Sexta. He had been scouting bands at Moustache Bar for his second annual festival when he went to buy a soda, having gone sober after his 25th birthday a month earlier.

“I took another month’s recovery at my mom’s house, which was probably the most painful, physically and mentally,” Villegas recalls. “I didn’t sleep for two weeks straight. I wasn’t able to eat. I kept throwing up. I ended up losing 20-something pounds and had a hernia, which needed another surgery. Throughout the recovery process, I became more obsessed with making the next Rumble Fest a reality. It kept me motivated. I realized that I had this second chance to do things better, in life and in this fest. After that entire ‘rebirth’ process, I became a more mature human being. For me, this festival is my life, dude. It’s what matters most to me right now. I realized I’m part of a cultural movement that’s having a huge impact and will continue to have even more impact.”