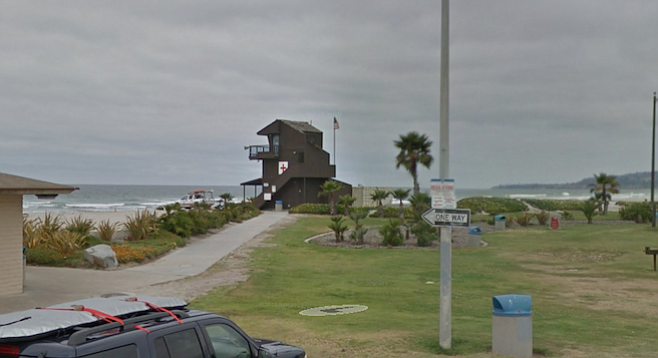 But it's okay when the city's permit expires

Former development services directors for the City of San Diego say it is standard operating procedure to allow building permits for city projects to lapse while funding is procured and outside permits are obtained.

In the case of the proposed Mission Beach Lifeguard Tower, the process took nine years: from September 2006, when the city first obtained a permit, to May 2015, when crews appeared at the beach to get started on construction of a slightly modified project.

Last month, Superior Court judge Katherine Bacal ordered the city to halt construction on the 3990 square-foot lifeguard tower in South Mission Beach after a group of residents filed a lawsuit against the city claiming that the city's permits had expired.

Residents also objected to what they say was a lack of notification from the city about the status of the project.

"We are fine with building something reasonable, a state-of-the-art station," Mission Beach resident and member of Citizens for Beach Rights Ken Giavara told the Reader in an October interview.

"Our ultimate goal is bring it back to the public. The reason permits have expiration dates is because neighborhoods change, zoning laws change, environmental laws change, and technology changes. A lot has changed since they got this permit...."

In court declarations, former building directors for the city said that it was common to postpone city projects for months and years longer than the permit allowed in order to allow time to acquire additional permits and to find funding.

"If a project was going though the [Capital Improvements Program] process, [the Development Services department] considered that utilization of the permit because the City cannot pursue other regulatory approvals without the proper funding in place and the complexity of going through the [process] is an obstacle that private developers do not encounter," said former director Kelly Broughton in a November 10 declaration.

"When the city is an applicant for a development permit, it faces constraints that typical applicants are not subject to as it relates to funding. Private developers have numerous resources from which to obtain funding for their projects that do not require a months-long — or in many cases, years-long — process. Here, under the city's charter, the city cannot enter into contracts with consultants like architects or contractors for a project unless a funding source has first been identified. With respect to the project at issue, the fact that the city was pursuing a Coastal Development Permit simultaneously while undergoing the [process] would have been sufficient evidence of permit utilization and consistent with how [development services] interpreted the permit utilization statute."

The civil trial will begin on Wednesday, November 18, in Department 69 at 9 a.m. inside the downtown courthouse.

One rule for me, another rule for thee...

You got it! That's the city of SD way. My rules don't apply to me, but they apply to thee. Ahh.

Testimony from Kelly Broughton and Marcela Escobar-Eck is hard to believe as unbiased. Their glory years were in running the San Diego City Development Services Department. The city needs to set a good example by following its own rules, not the case here. Time to start over with the process.

D$D says it all, the City only understands the threat of a lawsuit, otherwise they know that they can get away with what ever they want since most neighborhoods are not organized enough to challenge the City.

Both Kelly Broughton and Marcela Escobar-Eck are PRO DENSITY and are now cheerleaders for slamming as much DENSITY as they can into as many areas of SD as they can, while collecting "consulting fees" from as many Developers as possible.