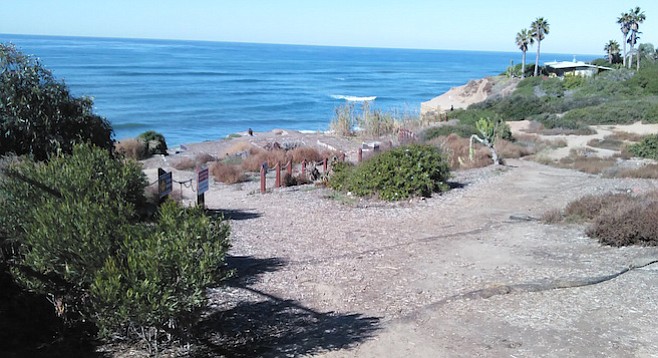 Villa Surf recedes to the earth

Work has begun at Sunset Cliffs Natural Park to rehabilitate the former site of "the Dixon estate," a reputed party palace for decades, even after Dan Dixon stopped residing there in the '60s (according to a history by Allison Garton). 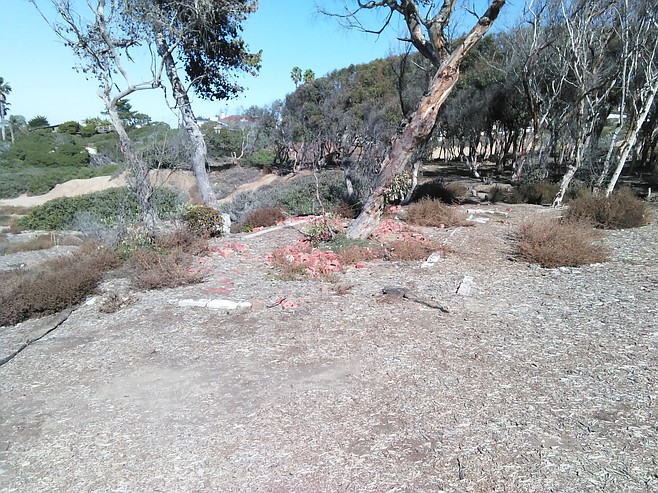 Brick that used to be flooring

Located just south of Ladera Street and west of the parking lot, the .4 acre site is to be returned to its natural state. The foundations and rubble left from the homes that were there will be removed along with the non-native plants and trees. Some recontouring will be done and then native coastal sage scrub and maritime plants will be installed. 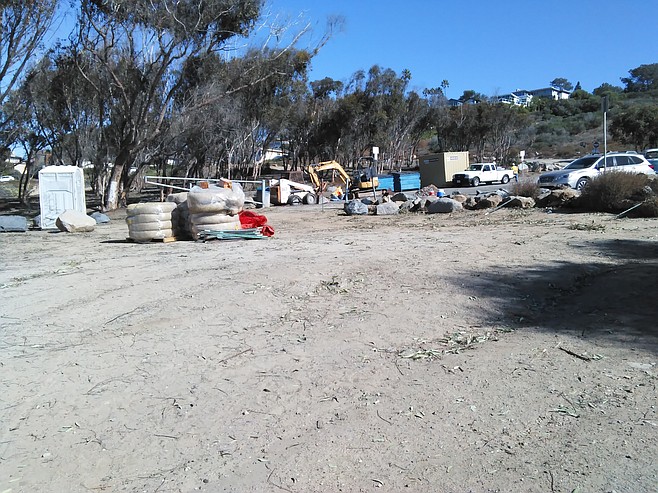 The city has materials and machinery in place

City engineer Sam Portillo said the project is to be a showpiece to set the standard for future work in the park. The above-ground irrigation system will be state-of-the-art, with timers and automatic shut-offs in case the pipes are compromised. There will be biological, archaeological, Native American, and paleontological monitors onsite as the work is done.

Demolition of the foundations will begin tomorrow (November 18), followed by site preparation, irrigation-system installation, and then planting. They hope to have the plants in the ground by late December. Biologists will monitor the plantings and there will a five-year maintenance program to make sure the plantings are established. The area will be surrounded by temporary fencing to protect the new plants and for public safety.