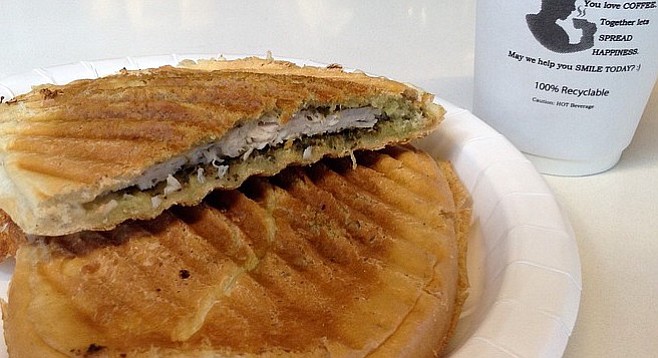 How to hang out in the Gaslamp

That’s what it says at Simon Says, the coffee kiosk at on F and Fifth, the coolest area of the Gaslamp.

It’s five o’clock on a Friday night. Everybody’s your friend. They want y’all to come on in. But ten bucks in the bolsillo says you ain’t going anywhere swanky.

Except maybe Simon Says. The gray stone expanse that’s the Keating Hotel lights up with Simon’s Says’s “Grand Opening” sign in red and white. Okay, the sign has been up for a year. Whatever, it keeps things fresh and happy. 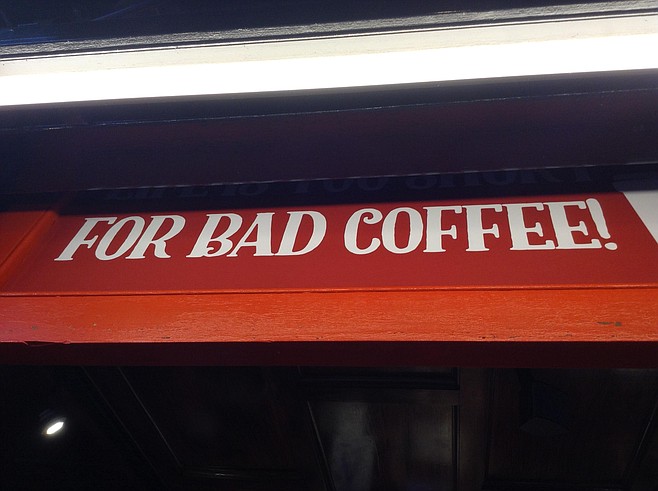 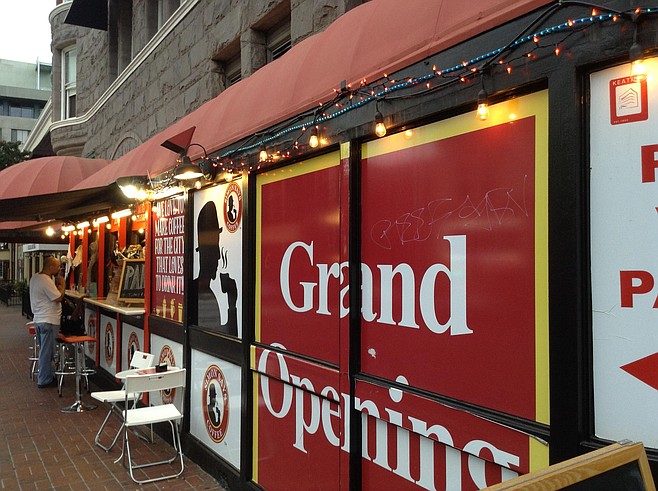 Grand opening has been going on awhile... 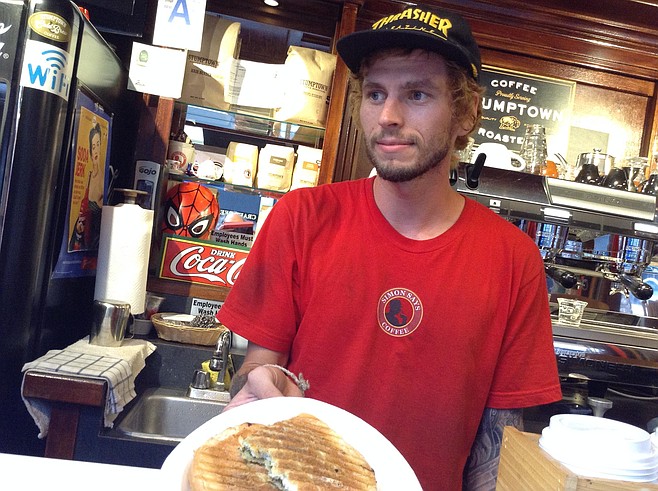 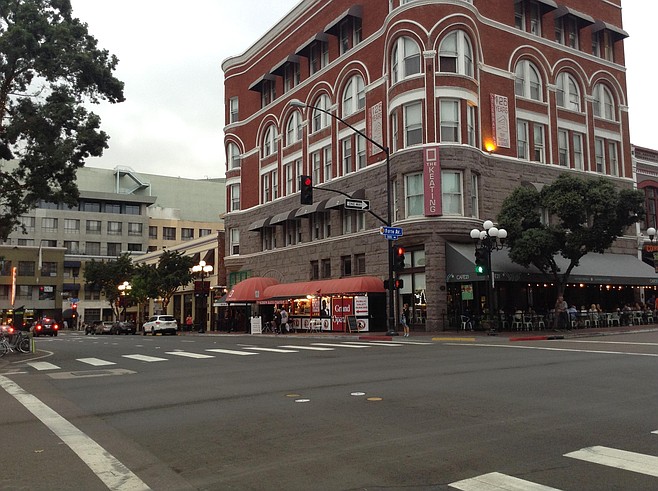 They have a row of red stools on the sidewalk under a hooped red canopy. The place is right where cars pull up to offload hotel patrons, and the patrons get caught in the tide of people hurrying to the Gaslamp. It’s a natural human whirlpool. Once you’re safely aboard a stool though, you’re fine.

I’ve come for a coffee. What I hadn’t realized was that you can chow down here too, right on a stool in the middle of the sidewalk.

I sit next to a couple of bouncers from Patricks next door. Order up some joe (small, $1.95). The barista is Cody the skateboard fanatic. He wears a Thrasher magazine cap. He’s also known as the “coffee therapist” because everybody unloads their troubles on him as they sit here sipping.

Foodwise, the menu says a bagel with cream cheese is $4, a bureka (think stuffed dumplings, Turkish, same family as Polish pierogi) runs $8.25 with egg. Or you can have it with mushroom or potato or cheese.

“Uh, the only thing of all that that we actually have is the turkey and cheddar panini,” says Cody.

May we help you smile today? says the cup with my coffee. So, turkey and cheddar panini it is. Cody toasts it up right there in the classy varnished wood-paneled counter work area. He brings it steaming hot.

Surprise, I hadn’t expected is a layer of pesto sauce beneath the turkey. It kicks the flavor up, along with the golden toast flavors and some splots of Tabasco. The coffee is the perfect foil.

What I especially like about this place is the good cheap coffee with no pressure to buy appetizers or anything else. Plus the busy busy busy thing, sitting on a red stool in the middle of this stream of people.

Not to mention the free therapy sessions. “Cody. Have a moment? My wife, Carla, she doesn’t understand me….”