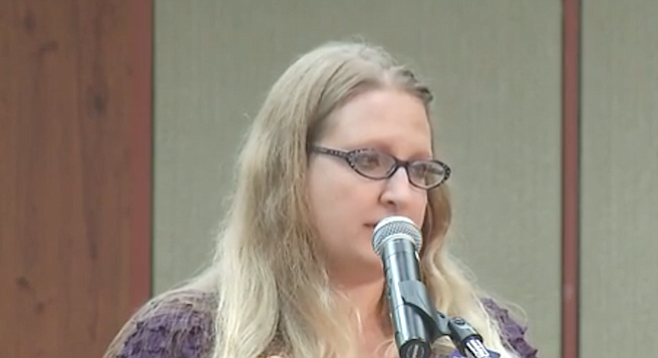 “They are not in a position to raise the capital. They just aren’t.”

When Fallbrook Hospital closed in December, it was kind of an “I-told-you-so” moment for Nathan Kaufman, a San Diego–based expert who has a 35-year career consulting over 80 hospital districts nationwide.

Of Fallbrook’s demise, Kaufman says, “They waited too long…” to affiliate with a larger hospital group.

He notes that the last two independent hospitals in El Centro just recently affiliated — one with Scripps, the other with UCSD.

“Now there are none in Imperial County [who are unaffiliated],” says Kaufman. “There are very few left in Orange County.”

“TriCity has been teetering on financial difficulty for years,” Kaufman says.

How bad are things at TriCity? Here is what a full-time acute-care tech in TriCity’s delivery wing (their “mother baby” unit, as they call it) said at last month’s TriCity Healthcare District board of directors meeting about the emergency room in her own hospital:

“About a year ago I had an emergency happen to me one night at work and I had to leave mid-shift,” said Cassandra Pressney. “I went to the emergency department here at TriCity and waited seven hours. Seven really long hours.”

Pressney told TriCity’s seven elected directors and top administrators that “…nobody expects special treatment as an employee. We all know that there are critical emergencies that will bump your place back in the line. But I have heard more stories from friends and patients who have been a patient in the [emergency department].

“It is unacceptable to be facing an emergency situation and to have to wait in fear and in pain for seven hours. And as an employee of this hospital I expect better for my community.”

The admission came at the end of the April 30th TriCity director's meeting. Pressney was one of six TriCity employees who spoke. All identified themselves as one of the 830 current members of the SEIU-UHW (Service Employee International-Union Health-employee Workers) who work at TriCity. Some of those union workers brought up contracts and potential strikes.

Pressney’s three-minute-long prepared statement was much less confrontational. She was looking for support for upcoming bills before the state senate and Assembly that would better fund Medi-Cal.

Pressney said she had just returned from Sacramento with other union members who met with State Sen. Ben Hueso and other legislators who support Medi-Cal increases. While one TriCity employee who spoke blamed TriCity’s “ten years of financial decline” on “a revolving door of poor leadership and changes in the healthcare system,” Pressney was more concerned with the bigger picture.

She said TriCity’s ER service may be impacted by Medi-Cal's poor reimbursement rates that may cause doctors to avoid Medi-Cal patients. And because of some patients “who aren’t in emergency situations using emergency rooms as a doctor’s office. I heard the story of a woman yesterday who waited three really long years to get her daughter an appointment with a specialist at [Rady] Children’s Hospital.” She said the mother instead brought her child to the ER… “in hopes of getting some treatment. Or worse, they are unable to get [any] treatment and wait and wait until they become severely ill when they really do need emergency services.”

With her voice cracking, Pressney explained what drove her to make her nervous presentation at the podium before her boss’s, boss’s boss.

“Who are these medical patients? Is it the unemployed or the so-called lazy people? Would you be surprised if I announced that I am one? I’m a full-time employee, divorced with three children, and I still qualify for Medi-Cal.”

Pressney said she knows patients who are embarrassed to say they need Medi-Cal.

“We should not be ashamed to seek care. We should not be treated as second-class citizens…as if my life does not matter as much as someone who has private insurance. Medi-Cal needs to be fixed.”

Meanwhile, Kaufman says that even if Medi-Cal payments are increased, TriCity will still face its own financial reality that as a publicly run entity, it simply can not secure the millions for expansion as could Sharp- or Kaiser-connected hospitals.

“The national trend now is for hospitals to expand their emergency room’s physical plant,” says Kaufman. “It would be very hard for TriCity to get the guaranteed bonds they need. They are not in a position to raise the capital. They just aren’t.”