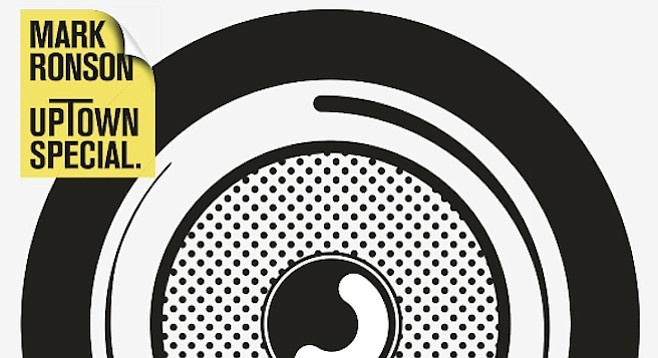 Super-producer can't keep up with that lead single

Rocketed to the top of the charts by the Bruno Mars–piloted hit “Uptown Funk” — with its Princely synths, Towering horns, and sly James Brown-isms (“gotta kiss myself so pretty”) — Mark Ronson’s latest is an ambitious homage to ’70s and ’80s funk and soul. While the well-chosen lead single fires on all cylinders, it feels like the rest of Uptown Special is struggling to keep up.

With a lineup like that, you might expect a masterpiece, but as much as the album impresses, it also disappoints. The languid “Crack in the Pearl” never really opens up and, sadly, Wonder’s a waste — only providing his signature harmonica stamp on the album’s truncated opening and closing songs.

The laid-back, Andrew Wyatt-assisted “Heavy and Rolling” is a charmer, but the real star of Special is Tame Impala’s Kevin Parker, who lends his ethereal falsetto to three of the album’s best tracks, including the trippy-dippy “Daffodils” and hook-laden “Leaving Los Feliz.”

Reimagining retro sounds is familiar ground for Ronson; in addition to his own work, the super-producer took Amy Winehouse to new heights with Back to Black, her groundbreaking album steeped in the ’60s. Unfortunately, the uneven Uptown Special doesn’t quite find its groove.