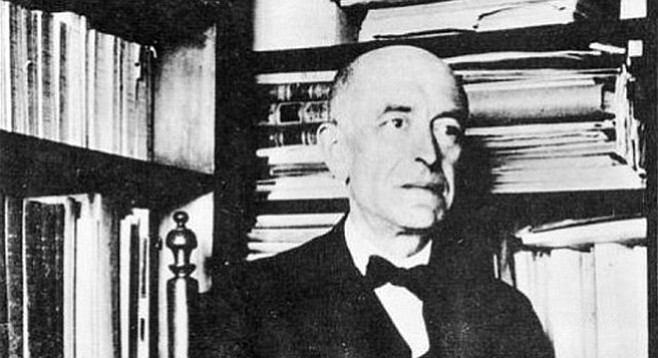 Spanish music by French guys comes to the Symphony

I complained about a lack of variety in symphonic programming just in time for the San Diego Symphony to present an entire concert of hidden gems, built around a Spanish theme.

Ravel is the most famous composer on the program but the symphony isn’t bailing out and giving us Bolero, they’re going all in with Alborada del Gracioso. What else? How about Chabrier’s Espana?

Who is Chabrier? He was a mid to late 19th Century French composer who, like everyone else at the time, was transfixed by Tristan und Isolde and remained in the Wagnerian style. He has passed into relative obscurity despite the high quality of his music.

Chabrier counted Manet, Monet, Faure, and Zola among his friends and was an early collector of impressionist art. Pieces from his personal collection are now on display in museums far and wide. I’m mentioning it because I think it’s cool.

Who else is on the symphony program? Edouard Lalo, also French and Wagnerian, is on the program with Falla and selections from his The Three Cornered Hat. Falla is the only Spanish composer, the rest are French. For some reason the French seem to write great Spanish music.

This is a great concert full of music that audiences should love and find easily accessible. The pieces all have that Spanish thing going. You know what I mean? You’re not sure if they’re going to punch you or make love to you — or both.

Don't tell me Symphony is going to have castanet-bearing Spanish dancers at this concert! Your videos are wonderful, but they may oversell the local product.

I can dream can't I?