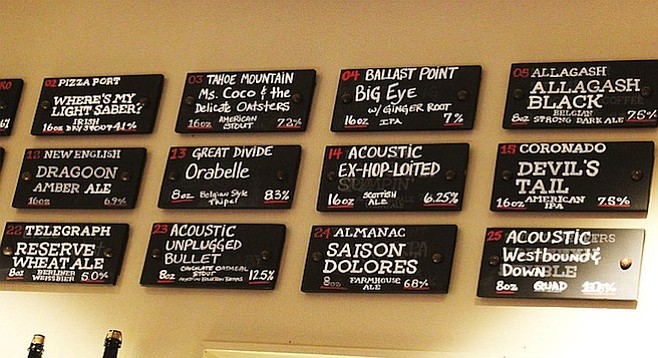 It seems like I blinked and University City got wise to the rise of craft beer. As I’ve mentioned in the past, my formative drinking years were spent close to UCSD and consisted mostly of trips to Rock Bottom Restaurant & Brewery. My journey down the craft rabbit hole eventually led me away from La Jolla’s UTC area in search of hospitality venues offering local and otherwise artisanal ales and lagers.

But over the past couple years, I’ve found myself venturing back to my sudsy ground zero to check out numerous establishments sporting extensive craft beer lists. That includes spots with big names, including Central Cali-based beer, bourbon, and burger chain Eureka!, and the Cohn Restaurant Group’s fun- and fermentable-focused Draft Republic (get the doughnuts and coffee imperial stout). However, the best overall experience in terms of beer variety and food quality I’ve found is at Regents Pizzeria. 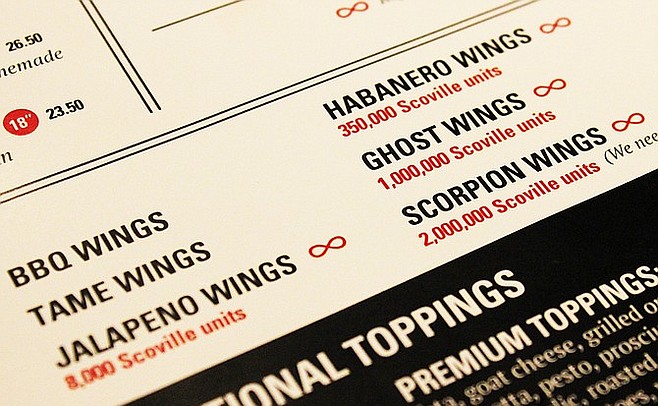 Tucked away in a somewhat hard-to-see, first-floor corner space off a snaking side road giving way to multi-story office buildings, it’s hard to find, but well worth the search. I was, of course, drawn there by news of a well-cultivated beer program, and was thrilled to find 30 taps stocked with all sorts of beers, most of which are local and all of which rotate with great frequency. There were brews I’d never seen before (this doesn’t happen a lot), and some came from producers I’d never even heard of. Needless to say, I became an instant fan and ordered up taster after taster to get up to speed. 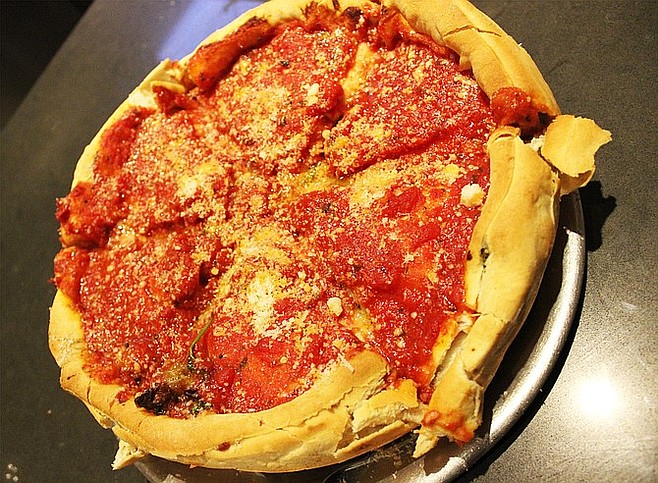 But it wasn’t just my never-ending quaff quest that brought me to Regents. It was the promise of authentic, Chicago-style deep-dish pizza. I love this regional specialty and was happy to get my own piece of the pie, which was delicious. The crust is buttery and flaky, the red sauce is slightly sweet, and the fillings are presented in great abundance. As if that weren’t enough, Regents even has a bacon appetizer consisting of three thick-cut strips of pork belly coated in a dry rub that’s spiked with coffee. As good as both were, there was something I found even more compelling on Regents’ menu—the chicken wings. 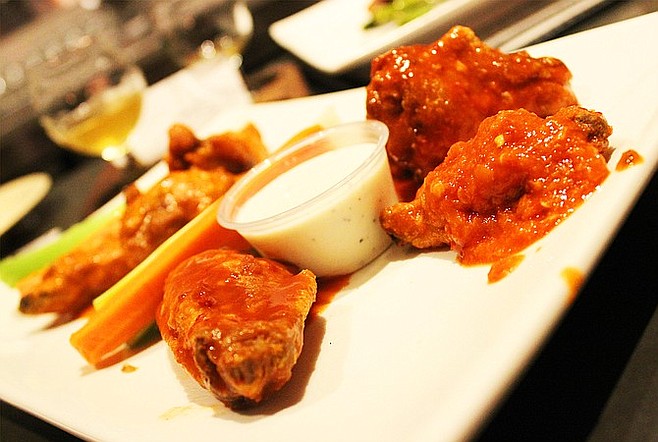 From left to right: habanero, scorpion, and ghost pepper wings at Regents

Though it’s been years since I posted about my fire-eating escapades (a chile-laced taco challenge at West Coast Tavern, rolls with scorpion peppers at Sabuku Sushi), my appetite for heat hasn’t extinguished one bit. So, I was thrilled to see that Regents offers a whopping four extra-hot varieties of wings. Figuring they would just be hotter versions of the same basic coating, I ordered the hottest three—habanero, ghost, scorpion—and sampled them all in order from tamest to fieriest. What I encountered was an experience that was varied and delicious.

The habanero have the most inviting flavor profile, coming across with plenty of tropical fruitiness to meld with plenty of capsaicin. The ghost pepper variety felt the hottest, mostly because it was the most coating and long-lasting in the finish. Meanwhile, the scorpion wings hit my taste buds like a sharp knife, getting right to the point with the heat, then smoldering out quicker than its predecessors. It’s the type of adventure spicy food enthusiasts will savor, especially with quality beer to help put out the fire. That said, their “tame” Buffalo-style wings are plenty delicious, as is everything I tried at Regents.

NOTE: For more on my obsession with heat (and hops), check out our Beer of the Week.

Here now, I thought this was about sea urchins.