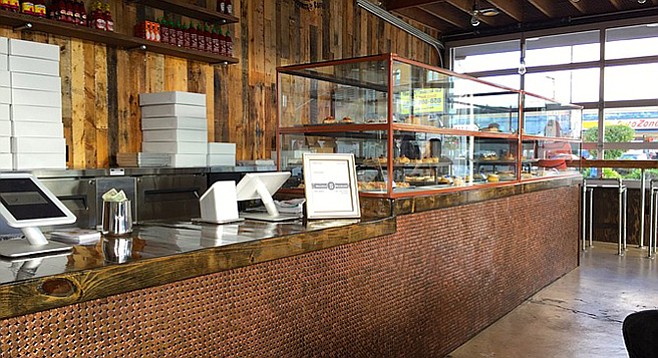 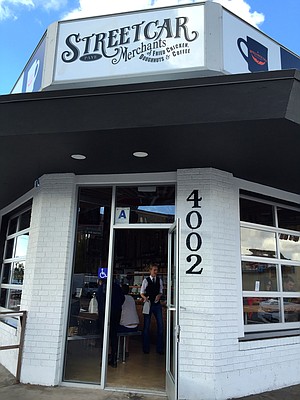 SCMoFCDaC is located at the corner of 30th St. and Lincoln Ave.

Doughnuts seem to be having a bit of a moment, but despite my sweet tooth and love for anything deep fried, I've never been much of a doughnut person. I've never swooned over a flashing Krispy Kreme sign or stood in line for a cronut.

I am, however, a big fan of fried chicken, so when I heard about StreetCar Merchants of Fried Chicken, Doughnuts and Coffee, I figured, why not? Chicken and waffles have had their day. Once you become a Lay's Potato Chip flavor, your moment has passed. And frankly, I can't think of a better combination than savory fried chicken, sweet fried dough, and hearty dark caffeine. Ian may have visited in December but I needed to experience for myself. 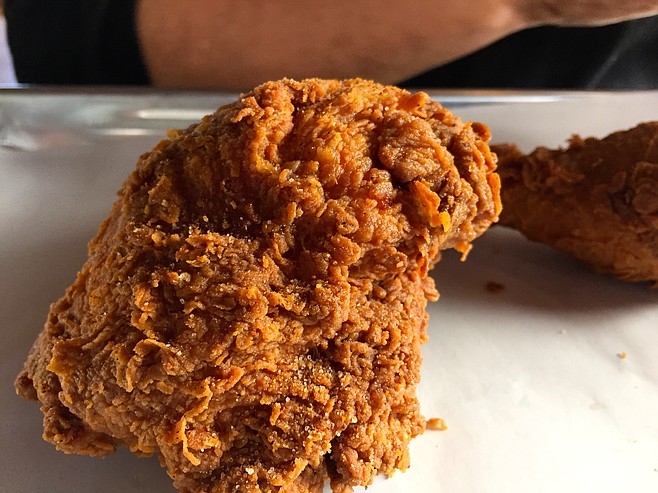 The chicken is good, very good. Delivered daily from Mary's Chicken and brined in-house, the plump, juicy pieces were delivered hot and shatteringly crisp. Southern style had a deep, dark, almost russet brown crust that was surprisingly delicate. Twice fried Korean style was dusted with a combination of flour and corn starch, resulting in a lighter colored, crunchier crust. It comes with your choice of dipping sauce, out of the five I tried, my favorite was the tangy, Asian-inspired vinaigrette.

The only side dish offered that day were the house made thick chips ($4), fried thinly sliced potatoes that ranged in texture from potato chip crisp to the crusty outside, tender inside of home fries. They were delicious dipped into the various sauces. 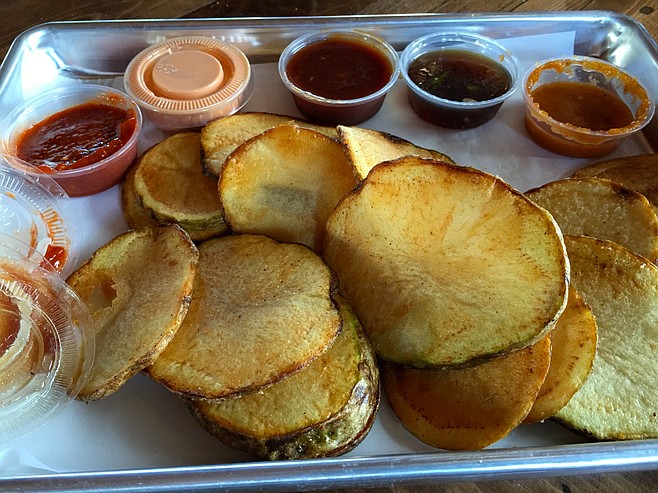 Doughnut artist and partner RaVae Smith uses a brioche dough base fried in rice bran oil. A dozen or so varieties will be available on a daily rotation and run $2-$5.

I tried the sugar-cinnamon and the maple bacon glazed. Both had a light, fluffy crumb, and while they weren't my doughnut epiphany, I can say that they are pretty tasty. My doughnut-aficionado husband loved them, so I'll bow to his considerable expertise. 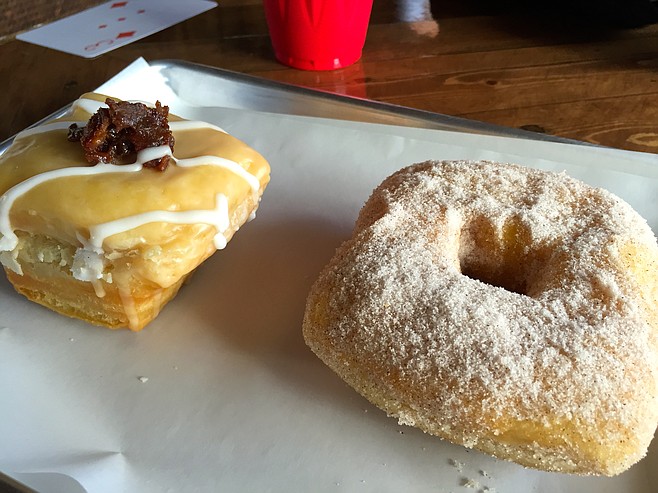 Since then, a couple of new chicken flavors have been added to the menu. Nashville Hot is a cult favorite in its home town, and should delight anyone who likes a bit of burn with their dinner. After the chicken is fried, it's brushed with a cayenne pepper paste which soaks in without ruining the crispy crust. Served atop plain white bread with pickle chips, it's hot enough to make me break into a sweat and take a few breaths between bites.

If that doesn't give your endorphins enough of a rush, throw caution to the wind and order the off-menu NashKILL Hot. It's regular Nashville Hot, with the addition of ghost pepper and their own Thai hot sauce. It comes with a side of whole, 2%, chocolate or strawberry milk to cool your taste buds, and is a "consume at your own risk" item — you'll be required to sign a waiver to that effect when you order it. I didn't try it — I know my limits, and they begin with signing a waiver because my dinner is going to hurt me. 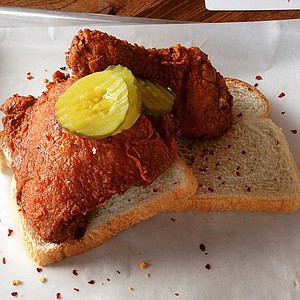 Image by Streetcar Merchants of Fried Chicken, Doughnuts and Coffee

SCMoFCDaC has also added some new sides, sauces and, of course, waffles, and the doughnut menu continues to evolve.

SCMoFCDaC is the first place in San Diego to offer Intelligentsia Coffees. Sadly, I'd overindulged in espresso earlier in the day and wasn't quite up to more caffeination. Other beverage choices are sodas and water, and rumor has it that there will be a half-dozen beer taps and a good selection of bottled beer in the future. Also planned are more side dishes and forays into the savory doughnut realm.

StreetCar Merchants of Fried Chicken, Doughnuts and Coffee are currently open from 7 a.m. till 10 p.m. Doughnuts are available from opening until they sell out. Chicken is available after 11 a.m.

Future plans include a take out window with late night service on weekends until 2 a.m.