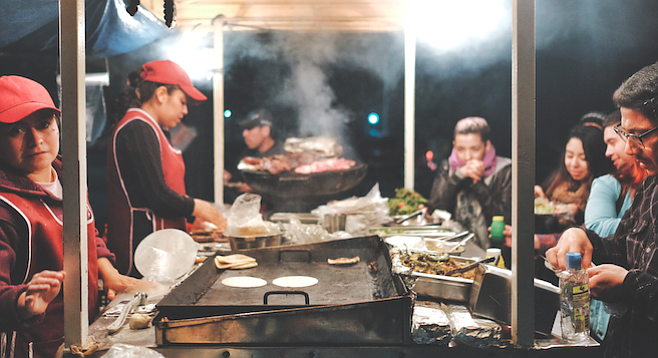 The price of gringas is about to rise

Critics say the new tax will be a financial burden for thousands of maquiladora workers in the border region, including Tijuana and Mexicali. Workers often head to the nearest convenience store during their meal breaks for a cheap and quick bite to eat.

The tax is also expected to affect sales at convenience-store chains like Oxxo and 7-Eleven, which could cost some store workers their jobs.

The government's list of foods covered by the new tax is extensive, but not exhaustive. Here are some examples according to El Sol de Tijuana:

The Baja California undersecretary for economic development also warned that the new tax will likely contribute to inflation.

Among the economic sectors the tax is expected to help are restaurants, which have already been charging the tax, and the largely unregulated food-cart industry, where items such as tacos, burritos, hot dogs, hamburgers and similar foods are sold across Tijuana in portable pushcarts. Typically such businesses are operated “under the table” and, for now, beyond the reach of tax officials.

Critics say that, though push-cart food may be less expensive, it is also less healthy and consumers run a greater risk of food-borne illnesses.

The Baja California economy is still reeling from a general increase from 11% to 16% in the sales tax, which took effect on Jan. 1. The July 1 increase on certain foods is an expansion of the earlier tax hike. A separate "junk food tax" on sodas, sweets, and chips also took effect January 1.