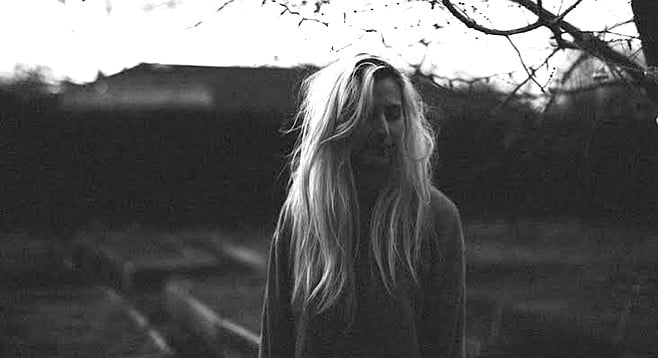 The voice does not sound like it should be coming out of that singer’s body. I’m talking about Bully’s front person Alicia Bognanno, and I love it when that happens. The unexpected vocal skirmish that starts at shy and eventually pegs the meter at monstrous hints at some manner of inner Bognanno delirium. In that respect, she’s like a female Kurt Cobain — ragged, tiny, but with a sound big enough and out-of-control enough to assuage all manner of teen spirit. Yes, you could call Bully a grunge-rock band, and in that respect they are late to the dance by a good decade. But then again, the death of grunge left a lot of us wanting more.

With Nashville veterans like Stewart Copeland on drums (no, not the Stewart Copeland who drummed in the Police), Reece Lazarus on bass, and Clayton Parker on guitars, it’s no wonder that Bully quickly got attention from so many music critics across the country. Rolling Stone magazine, for example, called them one of ten new artists to know about in April. “Like trying to squeeze a drop of blood from a sugar cube,” was how their critic described the quartet’s alt-rock.

Bully is Bognanno’s baby. She’s the principal songwriter, and in the case of their debut, Feels Like, she’s both engineer and producer. In ten songs, Bognanno runs down just about every big black hole common in the utter self-absorption of one’s misspent youth: late for one’s period, breaking up, the drunken pukefest in the backseat: “Your father’s gonna kick your ass. You deserve it. I think he should.” Bognanno’s actually got a gig as a recording engineer, hence her credentials on Feels Like, which ultimately feels like she got one hell of a lot off her chest. But the trick of it is, can she do it again, and if she does, will we want to listen?