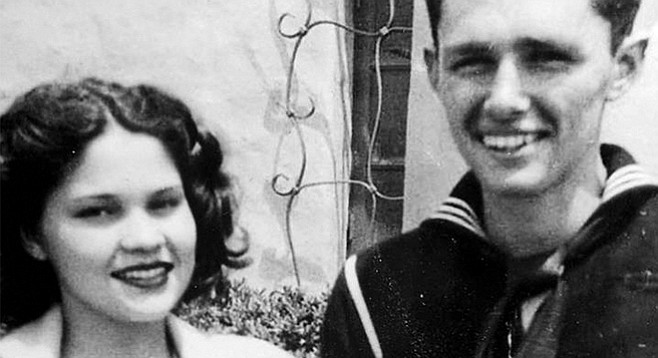 The patriarch is dead

When he passed away on June 15, 2015, my dad William “Bill” Grimm was grandfather to 136 souls, the last my own little William. He was great grandfather to 69. When you have 17 kids, and they’re as committed as you are to the idea that bringing life into the world is beautiful, it’s possible to reach such numbers.

A friend of mine likes to call Dad “The Progenitor.” But Dad was more than that. He was the Patriarch. As a father he ruled with firmness tempered by obvious love and affection and a willingness to explain his tough decisions. And he had a twinkle in his eyes that was a joy to behold and drew us all to him. When his children and his grandchildren were grown up and having their own families, he maintained his patriarchal status by being available to his descendants. He was always willing to talk, to help out, to calm a crying baby, to drive to Edmonton for a grandson’s wedding. And he never lost that twinkle. 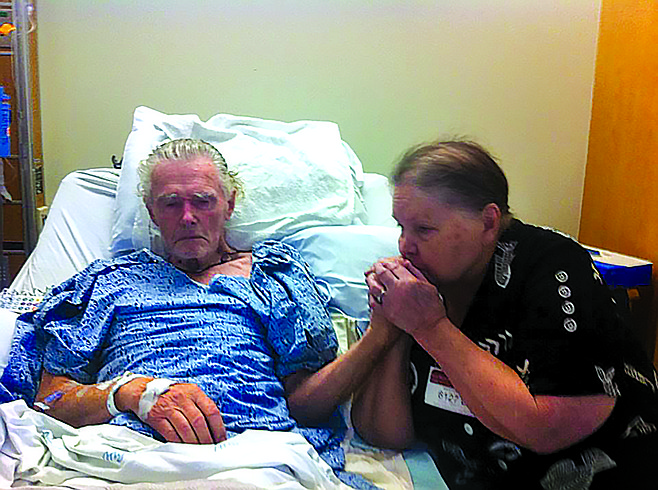 Mom and Dad in the hospital

A mosquito bit Dad in early fall of 2014 and transmitted West Nile virus, which attacked Dad’s brain and central nervous system. I sat with him and my Mom at USC Hospital in Los Angeles as the virus, still undiagnosed, robbed him of his powers of speech and knocked him unconscious. On Facebook, I posted a photograph I took that day of Mom kissing Dad’s hand along with something she said to me, “I don’t know what I’d do without this old guy. He’s been my main focus since I was 14.”

The outpouring of love that followed that post (and all the “shares” by friends and family members, made me realize just how beloved Dad was, and that his influence rippled out beyond his own family. A college friend of mine wrote, “There are generations of children, I’m convinced, who would have never been born were it not for the example of your family. All that good in the world because they said yes. From this father of five whose first remark upon hearing there was a family of seventeen [was], ‘Didn’t they ever hear of birth control?!’, these two lovely people have given far more than can ever be repaid in this world, but they have our thanks and the thanks of our present and future children who might not have ever seen a sunny day were it not for them.”

Dad recovered, slowly, and was on his feet all Christmas evening receiving congratulations from family and many friends. We rejoiced. But in winter Dad had a setback and recovery, which were the beginning of a pattern of two steps forward, three back. Dad spent the last couple of weeks in a bed in the 30-by-20-foot master bedroom of the big old Pasadena house he and his Dad had stretched themselves to buy in 1961 in order to house the growing brood. Windows on three walls of the room looking out into the Chinese elm and eugenia trees gave the scene a treehouse-like feel. My mother Irene who bid us all “be cheerful,” sat by Dad most of every day and slept nearby every night. She handled the end-of-life decisions with keenness of mind and serenity of soul. Scores of relatives and friends came through the room during those days. Often, the scene took on the atmosphere of one of the family parties that had been Dad’s delight over the years. There were some tears, but more laughter, singing, and storytelling. And many prayers. Dad died just after his wife, children, and grandchildren in the room finished praying a Rosary for him. Rest in peace, Dad.

Hadn't planned on crying today. Now we know where your twinkling-peepers came from. Thanks for this, Ernie!