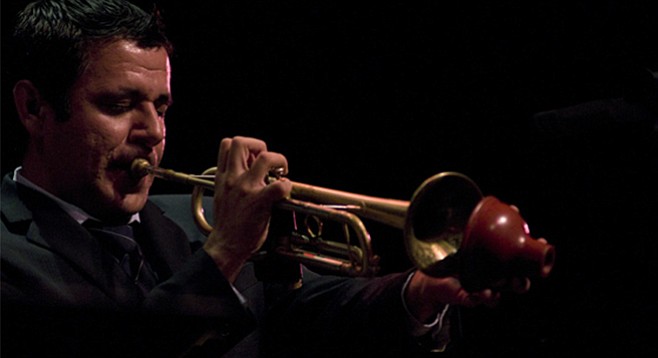 Trumpeter Gilbert Castellanos sent out a press release on June 4 announcing that his mentoring program, the Young Lions Series, would be entering its final month in residency at Croce’s Park West, after a 16-month-long run. He thanked owners Ingrid Croce and husband Jimmy Rock for the opportunity — but he felt the welcome was wearing thin.

“It got to the point where I said, ‘You might be better off doing your own thing with the $20 minimum and maybe paying a band’ because these kids were playing for the door — and that was a great deal for [Croce’s], but she just started to enforce the minimum on top of the $5 cover, and a lot of young people couldn’t afford that, and I felt like the kids and the audience deserved better.”

Croce suggested putting the series on hold for a while. “But I’m not putting the Young Lions on the back burner,” Castellanos informed the Reader by phone. “I already have these guys booked up until September, and I have to be able to make sure they can play — some of them are coming back from out-of-state colleges, and I’m not going to bum them out by pulling the plug.”

As it turns out, it didn’t take the trumpeter long to find new digs for his showcase of young musicians. “It worked out, man, there were a few places that showed real strong interest, but Panama 66 (1450 El Prado) in Balboa Park was the best fit. We’ll finish up June 17 at Croce’s, then have opening night at Panama 66 on July 15. It’s going to be free, all-ages, no cover charge, no minimum. I’m really excited about that. I’m going to take a little time off to really promote it and get people interested for that extra push of a new location and a grand opening.”

Young Lions aside, Croce’s and Castellanos remain connected. “I wanted to keep things cool between us, because I still work there and the room is always packed.”

Mentoring young players is a passion and a practical issue for Castellanos. “This is like my baby. I just want to keep jazz alive and educate our younger kids because it’s like a feeder program into our community. I’ve had parents thank me because their kids got a full ride to [colleges] like USC because of the Young Lions, and that makes me proud.”