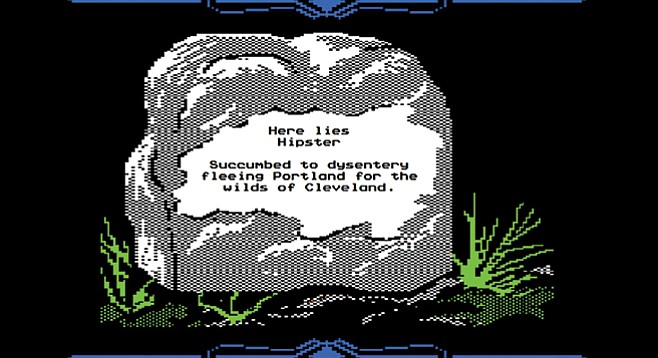 What do we call hipster pioneers who strike out to middle-tier cities for cheaper rent?

I know you were mostly joking about moving to Austin because moving to Portland is too mainstream, but it got me thinking. The Y2K years saw widespread gentrification of major urban centers, but now it seems like hipsters have priced themselves out of cool cities, thus inspiring moves to more rural locales where rents are cheaper. I’m pretty sure we need a word for that, so what do you call leaving fashionable locales?

“Reverse gentrification” is already in use for the process by which collapsed economic centers fall into decay, as Detroit has done over the past 50 years. Anyways, “moving somewhere cool” isn’t a synonym for “gentrification,” despite what fake news outlets would have you believe.

Personally, I like “hipster pioneering,” because it conjures up images of brave, flannel-clad hipsters hitching a wagon to the family bulldog and setting off for exotic lands: Baltimore! Cleveland! Tucson! Milwaukee!

If anybody dreams up a better (or at least more amusing) term, email it to [email protected] and I’ll send you a Special Hipster Prize.