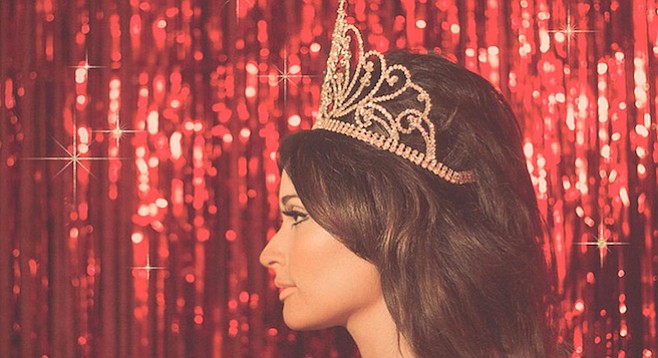 Despite her sweet melodies, Kacey Musgraves wrote about one bleak way of life on her 2013 record Same Trailer, Different Park. The record brought her Grammy awards and with them the pressure to be the new hope for country music. Though she sounds more relaxed on her follow-up, Pageant Material, she continues to hold nothing back.

While the traditional country sound of Pageant Material doesn’t stray too far from her previous album, Musgraves rocks her established style more confidently than ever. She handles serious talk about societal expectations like a friendly chat with cheesy humor. “Mind your own biscuits, and life would be gravy” goes the chorus of lead single “Biscuits.”

Her puns might bring a chuckle, but that’s not to say Musgraves is not one to take seriously. A lyric in the title track sums up her mission statement: “I’d rather lose for what I am than win for what I ain’t.” Her voice may carry the words in more casual speak, but her message in the record is clear and defiant. Not only does she refuse to play by the rules, she makes listeners question why the rules are worth following.