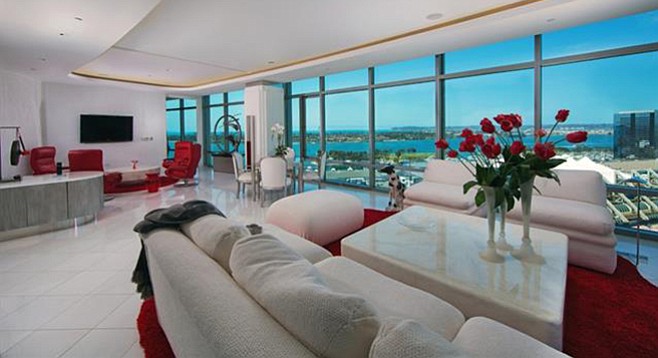 Swanky 22nd-floor loft in the heart of downtown

On the block this week is an “alluring, stylish, and swank” 22nd-floor loft in the heart of downtown, featuring three bedrooms, five baths, and over 4000 square feet of living space.

The unit is situated within the Metropolitan condo community, composed of 38 units tucked into the top floors of the Omni Hotel between Petco Park and the convention center.

“Clean, sleek lines, ultra-high-end finishes and waves of flowing space define this ‘High Rise Haven,’” boast listing materials for the condominium. Features include “gleaming white marble floors and hand textured walls,” ten-foot ceilings throughout, and over 75 feet of windows spanning from floor to ceiling to take advantage of the west-facing views.

“Built from the floor up by the owners,” the listing continues, “no surface was left untouched in this true masterpiece of design.” 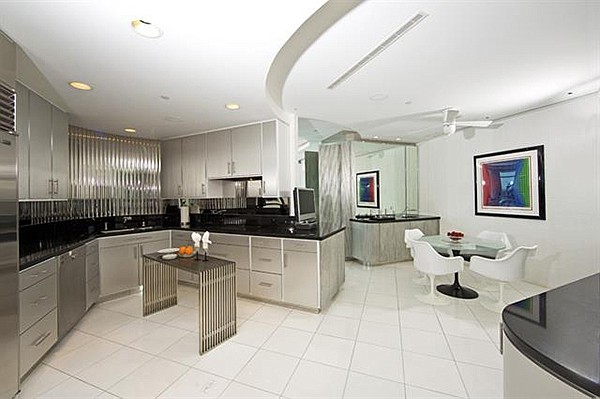 Not known as a “bitchin’ kitchen,” but it is

The open kitchen doesn’t just feature modern stainless steel appliances, but all of the cabinetry is “polished and pristine” to match the machines. The room features pull-out pantries, oven with separate warming drawer, and multiple prep and serving stations. 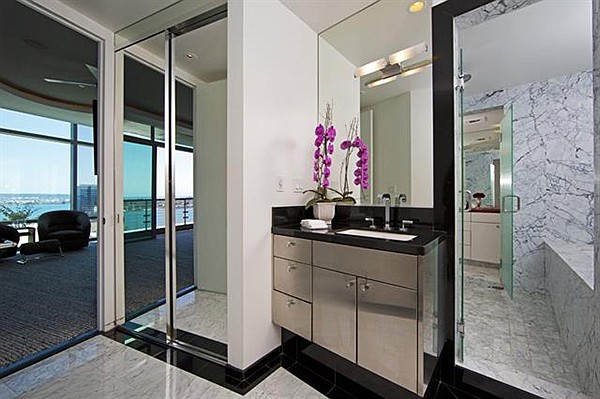 A split floor plan leaves two en-suite bedrooms to one side of the living area, providing separation from the master “wing” of the unit, billed as “a world unto its own with its vast size and forever spanning views.” The suite “boasts copious wardrobe space, built-in drawers, and specialty storage,” in addition to a fireplace, sitting area, and his-and-her bathrooms connected by a space containing an oversized marble shower and jetted tub. 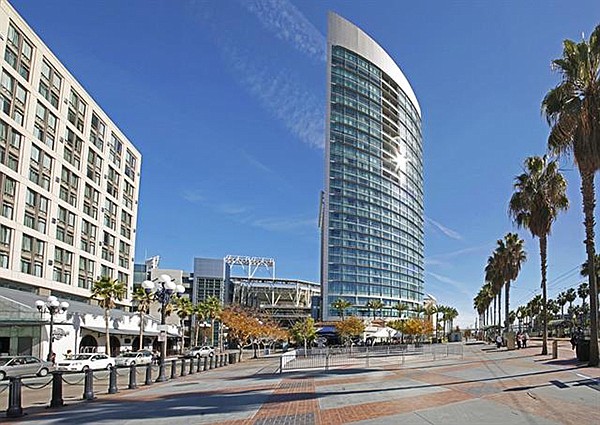 If you lived here, you’d be home now.

Access to the Metropolitan is gained through a private entrance around the side of the hotel lobby. Features of the building reserved for residents include a 22nd-story pool and spa, sauna, exercise room, common gathering area, and three underground parking spots.

Owners also have access to the amenities afforded hotel guests, including direct bridge access to Petco Park for Padres games and concerts as well as 24-hour concierge and room-service availability.

Public records indicate the property was last sold in 2004 for $1.5 million to buyers Eleanor Jaffe and her late husband Irving, an entrepreneur who founded an iced-dessert company (which he eventually sold to Coca-Cola) and then a latex-glove business eventually acquired by personal-care giant Kimberly-Clark.

The property was most recently listed for sale in mid-June with an asking price of $4,900,000, which remains unchanged to date. The property was also marketed in late 2014 and early 2015 with a different brokerage — at that time a $5,400,000 listing price failed to attract a buyer.