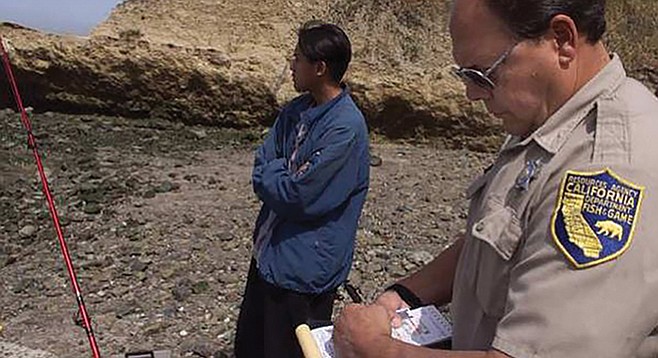 Many San Diego area anglers seem to get ticked off this time of year. Often we wait until summertime to buy our annual fishing licenses, knowing that our $47.01 will only last until December 31.

It’s an issue that tackle retailers and California’s Department of Fish and Wildlife hear a lot about: why do fishing licenses expire at the end of the year, not 12 months from date of purchase?

The department’s license-program analyst, Glenn Underwood, recently looked into the issue and examined other states that implemented a 12-month license.

According to a recent report in the Oceanside Senior Anglers’ “Fish Tails” newsletter, Underwood reported that fishermen in those states with 12-month licensure tended to wait until they went fishing to purchase a license, knowing it would be valid for one year. Then when their license expired, anglers waited to renew until they fished again, creating a gap.

“This caused a license revenue reduction of 10 to 30 percent,” reported Underwood. “After a few years the sum of the gaps was often greater than a year, and a complete license sale was lost.”

Plus, every state receives federal money annually, based on license sales, under the 1950 Sport Fishing Restoration Act — an excise tax on tackle and boat-fuel sales. In 2014, California received over $16 million in federal grants, which was supposed to be used for fish-habitat restoration. If California went to a 12-month license, it could lose up to $4.5 million in federal grants.

It's always a money-grab with government. Yet we still have people believing that we need more government, or that government which has always performed so poorly is just about to start doing wonderful things, all we need is one more law or tax!