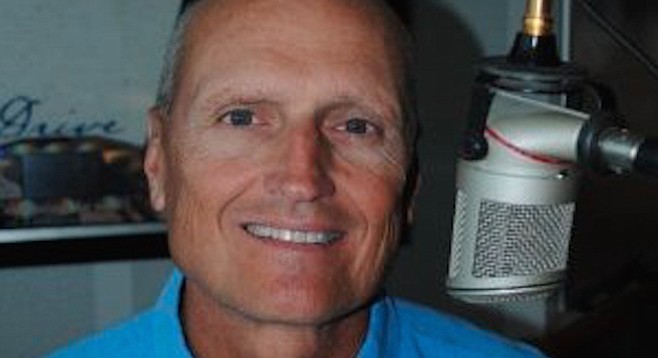 Reggae on the Coast canceled

Does reggae not matter in San Diego or should the folks who run modern-rock station FM 94/9 stay out of the reggae concert business?

Those were the questions being raised on June 29 when Lincoln Financial Media, owners of 94/9, notified the city of Oceanside that it was canceling “Reggae on the Coast,” an all-day reggae fest set for August 29 at the Junior Seau Oceanside Pier Amphitheatre featuring Don Carlos, Collie Buddz, Common Sense, and Inna Vision. The station had been running ads on the air for the show up until June 28.

One insider noted that it may be more than a coincidence that the same day “Reggae on the Coast” was canceled, the broadcast industry trade website allaccess.com announced that the sale of local stations FM 94/9, KSON, and KIFM from Lincoln Financial to Entercom had been approved by the Federal Communication Commission after months of delay.

Lincoln Financial general manager Rick Jackson said the sale announcement had nothing to do with the show cancellation. He says it was all about slow ticket sales. “We sold one [$27.50] ticket the whole weekend [before],” says Jackson. Jackson tells the Reader that the show was more or less an experiment to test the viability of 94/9’s all-reggae sister station “Bob Radio,” heard on high-definition receivers or on line at BobSD.com. “We found out,” says Jackson, “no one knows what HD radio is.”

I just got a call from Ras Charles (Lawrence) who has owned and operated the Earth Culture reggae emporium in downtown Oceanside for more than 20 years. He said people are still coming into his store asking to buy tickets and that they have no idea the show is in fact canceled. "They canceled the show two months before the date. Everyone knows that reggae audiences wait until the last minute to buy tickets. They got scared and made a big mistake by canceling it so soon." The 94/9 website ran ads for the Reggae on the Coast on its website. There is now no mention of the cancelation of the show, either in an ad similar to the original one, or in their concert listings.

WOW!!! I cannot believe this show has been cancelled and I am just now finding out. I actually had NO IDEA that there were tickets even available for this show until a few minutes ago as I was about to buy some. I am HIGHLY DISAPPOINTED in this cancellation. They cancelled this WAY TOO EARLY. I had planned to go to this MONTHS ago when I first heard of it. and the reggae scene in SD is pretty huge....like Mercedes stated...look at the turn out to the Del Mar Race Track reggae concerts. SO disappointed