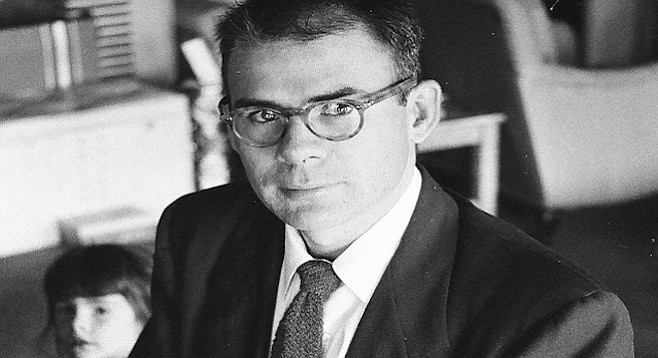 There was always music in Forrest Westbrook's house

When local jazz pianist Forrest Westbrook passed away last year, his daughters Leslie and Yvonne had to clean out his City Heights apartment.

“We had the daunting task of clearing out 10,000 LPs, 4000 CDs, 33 speakers (hooked up!), and other audio equipment scattered about,” Leslie Westbrook informed the Reader via email. She also came across a potential treasure: “I did not know the tapes existed. Among the detritus of a lifetime, we came across...several boxes of reel-to-reels.”

The tapes included a never-released session led by Kansas City musician Carmell Jones (best known as the trumpeter on Horace Silver’s “Song for my Father”) with her father and bassist Gary Peacock.

“The process of releasing it [started with] finding a way to listen to the tapes to begin with. I didn’t know if they were still any good or how they would sound. My father had left his music to his best friend Jim West who lives in San Diego. Jim very kindly gave the tapes to me and my sister so we could try to get the music out to the world.” 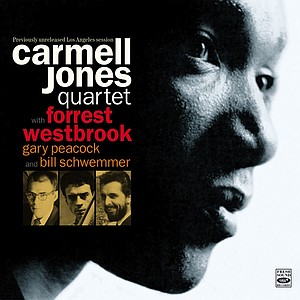 Wall Street Journal writer Marc Meyers put Leslie Westbrook in touch with Jordi Pujol, the founder of the Spanish record label Fresh Sound and an avid West Coast jazz fan. “So we met and talked about how we might do this. First we had to hear them! We took the tapes to an engineer in the San Fernando Valley — had a listen and went Wow! Then Jordi went about the arduous task of listening to the tapes and deciding if there was enough for a CD. There turned out to be enough for two or three.”

The mystery tapes were recorded in L.A. in 1960 and have been released on Fresh Sound as Carmell Jones: Previously Unreleased Los Angeles Session.

I asked Leslie Westbrook what she remembered about her dad the jazz musician. “Everything! I was breast-fed on jazz. I met Count Basie (and got his autograph) when my pop was working with June Christy. My father practiced his piano every day, and when I was a kid when I asked if I could watch TV, he said ‘Sure — with the volume turned off.’ So, I had a jazz soundtrack to my cartoons!

“My father was very modest, never promoted himself, and was very reluctant to record. [But] there was always music in the house.”