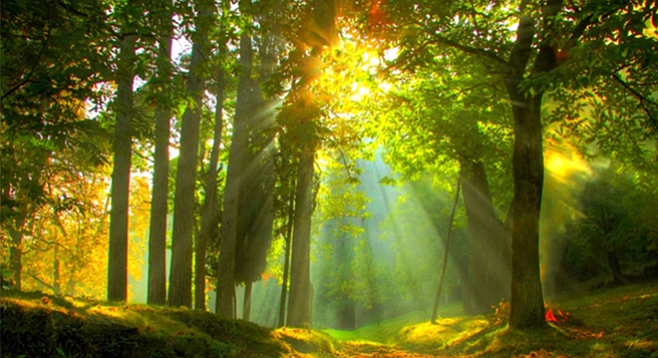 Soundtracks for the sunny season

When considering classical music with a summer theme, sometimes the title gives a clue — as in Frank Bridge's Summer. There is also Summer by Glazunov and Vivaldi. See there? Now, what do all three of these summer pieces have in common, and what sets them apart?

We’ve got a nice mix of climates from which each composer is coming. Vivaldi is Italian, Glazunov is South African, and Bridge is British. (OK, you caught me. Glazunov isn’t an African, he’s Russian.)

There is also a nice mix of time periods with Vivaldi writing his Summer around 1720, Glazunov writing around 1899, and Bridge’s composition in 1914-15. We have an 18th, 19th, and 20th century representation. 1899 might seem like a technicality but Glazunov’s music is firmly 19th century in style and not at all indicative of the impending 20th century.

Glazunov was born in St. Petersburg, Florida — I mean Russia. If you look at St. Petersburg on Google Earth, you will see that it is nigh unto the Arctic Circle. This results in something the Russians call “White Nights” which was the title of an early short story by Dostoevsky.

I don’t know how that relates to Glazunov’s music, but there it is.

Vivaldi was a Venetian who ended up in Vienna. When you break it down, there isn’t much of a difference between any of his four seasons. Each one goes fast-slow-fast. However, the Summer conclusion might be the most thrilling of the four.

Ah, the summer romance. Speaking of, here’s a chance to sharesome Walt Whitman.

“...I mind how once we lay, such a transparent summer morning; How you settled your head athwart my hips, and gently turn’d over upon me, And parted the shirt from my bosom-bone, and plunged your tongue to my bare-striped heart,...”

I’m not trying to tell you what to do, but maybe listen to the Bridge with that quote in mind.