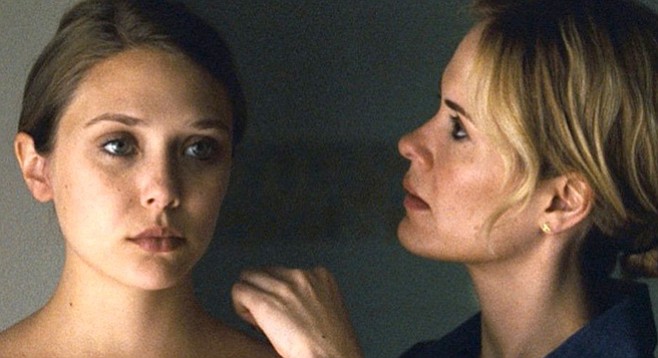 It’s a co-op, not a cult, in Ocean Beach

My favorite cousin lives in nearby Ocean Beach in a large home with ten other people (kids and adults). It’s something I might call a co-op, but it’s also referred to as shared living. Each resident comes and goes as he pleases. Each may or may not hold some form of job; meals might be shared, or not. My cousin often spends time with our family as well as friends outside of this community, and he travels as he chooses. He dresses as he chooses and hasn’t abandoned his personal integrity — and his thinking maintains its normal set-point as I have always known it.

While the household has an unspoken set of values, there is freedom of choice and equal power. Big decisions are voted on and each member is heard when a difference of opinion arises. This non-traditional living situation seems to suit him well...he finds companionship readily available, saves money, and seems to feel a great sense of connection among like-minded folk — and it does not meet cult criteria:

1) A purging of personal possessions (e.g., money, assets, family photos) is expected of each member in cult community, which serves to level members as “same” and diminish a natural desire for personal gain, accumulation, and, ultimately, autonomy.

2) Cult members work, but are not compensated with our social standard of currency. They often work for board, an equal share of food, and community membership — but not dollars.

3) Individuals are discouraged (either implicitly or explicitly) from keeping familial contacts unless they are “like-minded.” This is couched for the brainwashed individual as, “you can love your family but they don’t understand you. We do.”

4) Our U.S. culture ideally promulgates the idea of gender equality, knowing that males and females can and should do the same jobs — our American roles are often interchangeable. In cults, this is typically untrue: there’s “women’s work” and “a man’s job.” This is oppressive to both genders and cultivates rigid limitations, especially when applied to higher education or working outside the “community.” This is a powerful maneuver that ultimately roadblocks outside, real-world information.

5) Cults boost a Higher Authority as a mysterious scolder, “Is that what He wants for you?” Usually the “He” cannot engage in any discourse, so the overriding theme is that He would not be pleased with the autonomous decision or veering from the immediate communal goals.

6) The group, family, or community has more power than the individual. While many cultures worldwide hold a perfectly healthy collective mentality, cults oppress the individuality for purposes that feed a larger agent, whether it is a set of beliefs, power of one individual at the top, or financial gain for someone or something.

Those who oppose organized religion often suggest that all religions are cults; however, mainstream religions are voluntary and an individual is usually not castigated for lack of participation....

We will always have a continuum of mental strength in our population. Vulnerable adults are made up of those who are alone, depressed, poor, afraid, or simply born with a lower intelligence quotient.  But what sets us apart, the very emotional depth that makes human beings different from monkeys in a tree, is that we understand and safeguard our weak.

Several years ago, I worked with a teenager that had been raised in a well-documented cult. Therapeutically speaking, we made little progress, as she had become flat and divested of her own life. As chronically powerless, she had never learned that her thinking mattered, that her desires and opinions meant something. That developmental window had closed and she was left a shell.