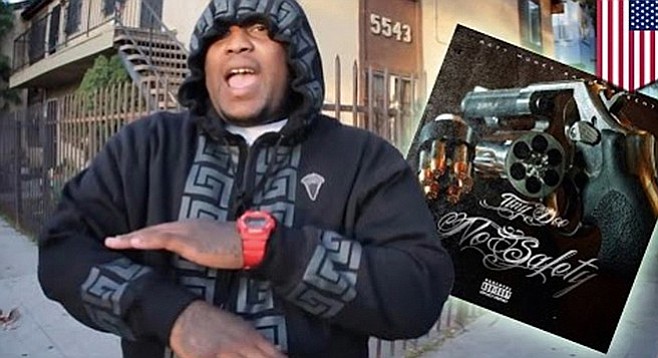 This is the first weekend that Brandon Duncan has seen his family since June 17, when he was taken from his Lincoln Park home and booked into the George Bailey Detention Center. His grandfather died while he was in jail.

“My grandfather raised me my entire life. I had to walk in my grandmother’s home and he wasn’t there. It was tough.” 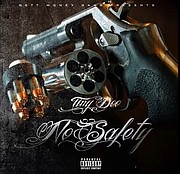 Duncan, who uses the name Tiny Doo when he raps, is now back in the same house on La Paz Drive he’s lived all his life and which he shares with his grandmother and fiancée.

“I got back just before my first child is born.”

Duncan tells the Reader his son Messiah is due February 5.

Duncan, 34, was arrested in connection with nine shootings between 2012 and 2014. He was never connected to those shootings but prosecutors maintain his lyrics and his album artwork “glorified” gang violence and that was enough to arrest him and charge him with “criminal street gang conspiracy.”

“I’m sitting in jail and I’m watching people go home every day who committed actual crimes. I watch them go home and they admit I haven’t even done anything. They admit that. They admit I knew nothing about these crimes but that I am promoting violence with my music. I’m just speaking about urban life. I’m a storyteller, nothing more.”

Duncan was released Friday after his bail was reduced but must return to court for a preliminary trial hearing April 20.

Duncan blows up when I bring up that Ice T, now a cultural icon, once wrote songs that glorified killing police.

“Bob Marley wrote I shot the sheriff and he is loved. I guarantee if I would have written ‘I shot the sheriff but I did not shoot the deputy,’ they would have brought that up against me in court. This is ridiculous. Al Pacino played a drug dealer in Scarface, yet it is considered artistry. I’m not famous so they say what I wrote was inciting gang violence. Rap is an art form. It may not be an art form they like, but it is an art form people do love.”

Duncan is on a list that says he is a member of the Lincoln Park Bloods, the same list that also includes former neighbor and rap artist Charles Mitchell, a.k.a. Mitchy Slick. I told Duncan that I was informed two years ago by a sheriff’s detective that if he wanted to get his name off of that list, all he had to do was appear in court and prove to the judge that he was not an active member.

Duncan says that is not true.

“No way. That came up in court. The only way to get your name off that list is to either die, move away, or go to jail for the rest of your life. I have never been arrested for any crime.”

There was a total of 15 Lincoln Park Bloods arrested in this case. It appears the case is falling apart.

The 15 arrestees were divided into two groups. Judge David Gill dismissed the conspiracy charges against one group, and the other group (including Duncan) expected the charges to be dismissed as well. But on Friday, Judge Gill said he wasn’t sure if he could do that for Duncan’s group. Duncan was released only because his bail was reduced.

I ask Duncan if he thinks District Attorney Bonnie Dumanis should ultimately be on the hook for prosecuting him, or if Deputy D.A. Anthony Campagna specifically should be held professionally responsible for saying in court his prosecution of Duncan was based on the cover art for his CD No Safety, saying, “We’re not just talking about a CD of anything, of love songs, we’re talking about a CD cover. There’s a revolver with bullets.”

“I don’t know how to speak on that,” says Duncan. “But I do feel what they did was wrong. [Law enforcement] should do real police work and actually find the person who shot the gun, not the person who rhymes about guns. Not only are they harming the family of the person who got shot by not finding who shot them, but they are harming another family on top of that. Mine. Where is the justice in that?”