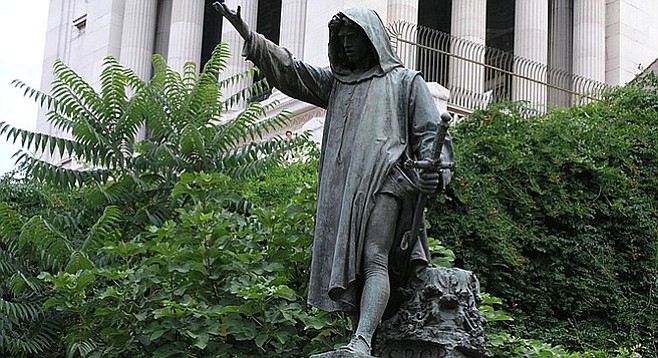 The esoteric pick of the week is a failure.

The esoteric pick of the week continues in the German tradition with Wagner’s Rienzi. This was Wagner’s first “successful” opera even though it was the third he wrot,e and it has not entered into the standard repertoire. The Flying Dutchman remains Wagner’s de facto first hit.

What, or we should say who, was Rienzi? Cola di Rienzo was a baseborn son of a washerwoman and a tavern keeper who nearly re-established the might of Rome in the 1340’s. Though European Feudalism was beginning to decline as early as the 13th Century, there was still a rigorous caste system in place, which makes Rienzi’s accomplishments quite remarkable.

The 19th Century tended to romanticize everyone and everything and Rienzi was no exception. The historical di Rienzo brought about his own downfall through his pride and excesses. Pride, as always, came before his fall. Ah, hubris — will politicians ever escape it?

Given an understanding of Wagner’s early political activities in the 1848 German uprising, we can see that Rienzi would be low hanging fruit. How could a rebellious young Wagner resist the story of a commoner, a true man of the people, sticking it to the nobility?

Rienzi just happened to be Hitler’s favorite opera. It was after seeing a performance of the opera as a young man that the future Führer decided to go into politics. Go figure. The case can be made that HItler’s career mirrored Cola di Rienzo’s in many ways.

In retrospect, Wagner described Rienzi thusly,:"I saw it only in the shape of 'five acts', with five brilliant 'finales', with hymns, processions and the musical clash of arms." Rienzi’s Act 5, Scene 1 aria Almighty Father is recorded and performed from time to time. In some ways it is a forerunner to the fully developed O du mein holder abendstern from Tannhauser.