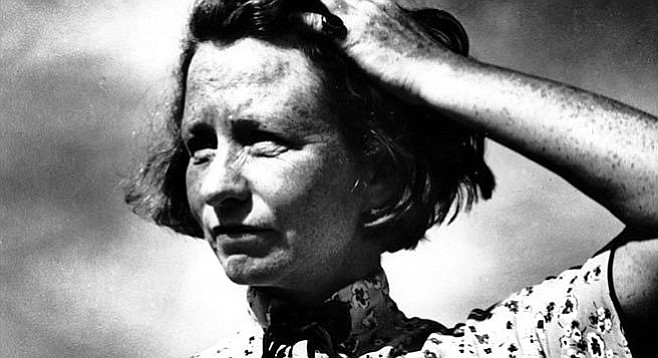 I, Being Born a Woman and Distressed

Renascence and
Other Poems

The Harp Weaver
and Other Poems

Edna St. Vincent Millay (1892–­1950) was born in Rockland, Maine, attended Vassar College, and upon graduation moved to Greenwich Village. Millay later characterized her life in New York as “very, very poor and very, very merry.” A playwright as well as a poet, she worked with the Provincetown Players on MacDougal Street in the Village and in 1924 was one of the founders of the important Cherry Lane Theater.

In 1917, she published her first collection, Renascence and Other Poems, and in 1923, when Millay was just 31 years old, she published The Harp Weaver and Other Poems, in which this poem first appeared, a collection for which Millay won the Pulitzer Prize. A master of rhymed, metrical forms and a superb sonneteer, Millay wrote a poetry that was at once witty, perceptive, passionate, provocatively unconventional in sentiment, and more often than not exquisitely wrought. Her brilliant achievements in strict form place her in the first ranks of 20th American poets, and today Millay’s poetry remains widely read and admired.