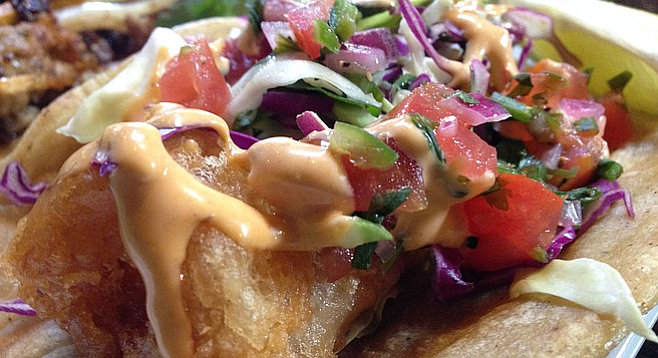 New Little Italy taquería gets by on good looks

The first things I noticed when I walked into Entrada weren’t the Muertos murals, sea-tortoise-green booths, or Talavera tile patterns adorning the north wall. It was the pair of 18-foot faux olive trees bracketing the island bar at the center of the vast, high-ceiling space.

Okay, I assumed they were real before the waiter pointed out that real trees would drop leaves all over the bar and into peoples’ drinks. The point is, the convincing trees are an appealing centerpiece to Little Italy’s newest Mexican restaurant, which offers plenty of attractive, colorful décor. 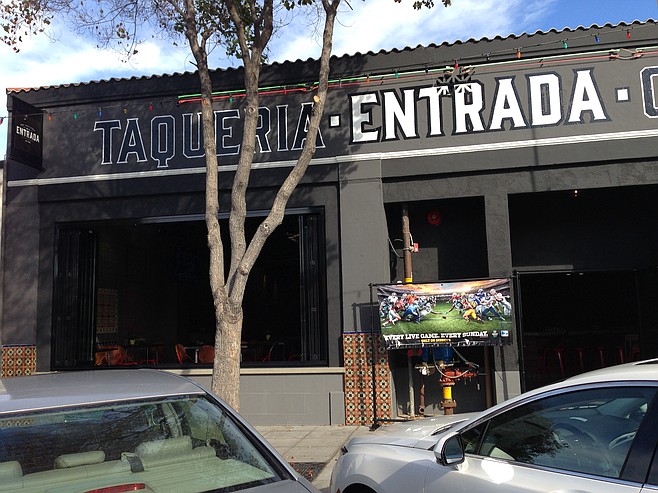 Entrada moves in to Little Italy 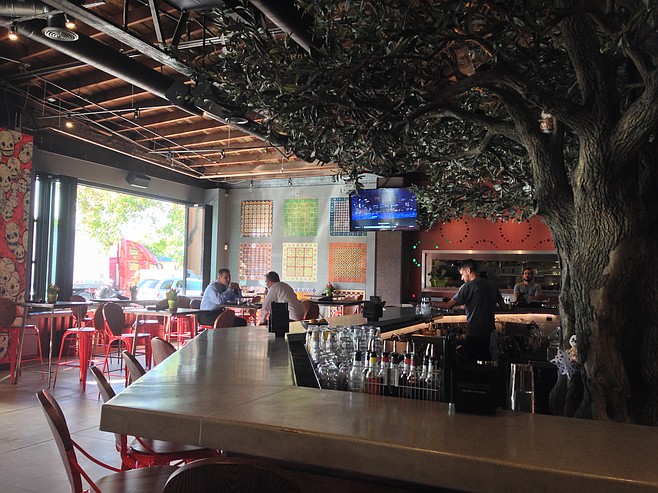 Entrada is better looking than your typical taco shop.

The menu features antojitos such as sopes and mini tamales and a choice of ahi, shrimp, or vegetarian ceviche, but I wasn't about to enter a building fronted by the word “taquería” and not load up on tacos.

With a full dozen varieties available, choosing would not prove easy. Half of them list for $4, covering mainstays such as carnitas, al pastor, and a Baja fish taco. There’s also a housemade chorizo taco and an all-veggie, poblano-based rajas con queso.

A $5 seasonal menu listed shrimp, octopus, and flat-iron steak tacos, plus a grilled lobster option for $7. These prices are per taco, and I knew I wouldn't leave this lunch satisfied eating fewer than three, so I stuck mainly with the $4 choices: Baja and a chicken Oaxaca mole. The exception was the $5 Toluca which featured string-cut potato, flat-iron steak, and house-made Longaniza verde, a chorizo-like sausage made using green spices.

The fresh-made corn tortillas were thick enough to add flavor as well as cohesion to the small tacos. These are your standard six-inch diameter tortillas — I call them “small” due to the small amount of ingredients included in each one. For example, the beer-battered Baja taco had a decent little cut of fried mahi mahi along with cabbage, pico de gallo, and chipotle yogurt sauce. Were it on a two-dollar taco, it would look generous. I assume that these ingredients are a step up from those used in a two-dollar taco shop, but I couldn’t tell from eating it. 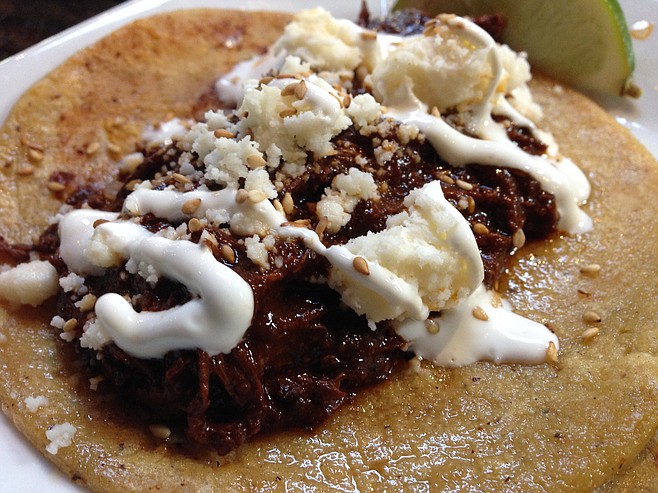 The mole recipe at work here is terrific...it’s just a little light for $4.

The mole sauce was chocolaty, rich, and delicious, but the portion of chicken was even smaller. I'm not sure three of these would fill me up. 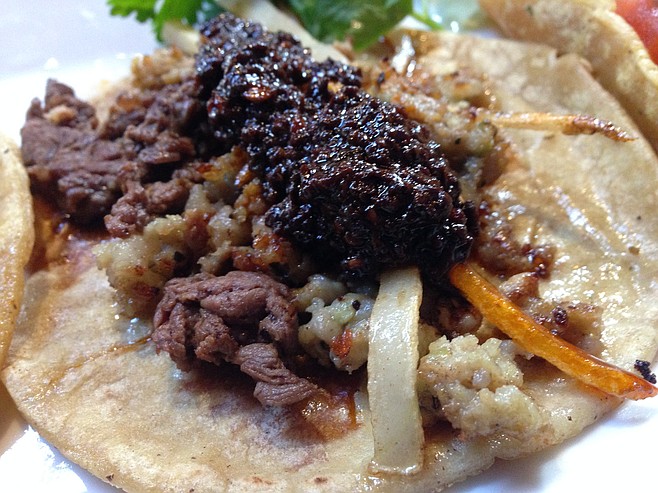 The $5 Toluca proved the most substantial, with the tender grilled steak and potatoes adding heft to the tasty sausage and chunky dried pepper and tequila salsa.

I enjoyed each taco and left satiated, but I can see a lot of taco purists objecting to the bang-for-your-buck factor. Some people don't want atmosphere, craft cocktails, or even a creative culinary approach to their tacos, content to eat tasty regional classics made in the back of a roach coach, and perhaps rightfully so.

For others — who’re more likely to be dining in little Italy these days — here’s a tree-lined dining room and basic craft beer taplist to go with high-minded Mexican fare.