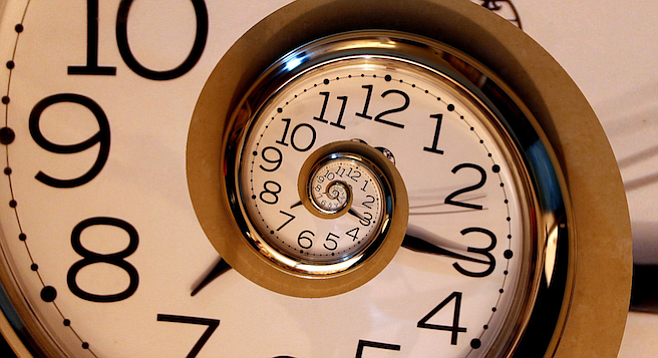 Not enough time for classical music

Even the NFL is losing numbers to the million other distractions

We can also find evidence for declining audiences for live theater. That also appears to be a direct result of TV and movies.

What about declining audiences for movies in a theater? The cinematic experience is clearly superior to anything we can find streaming.

The crazy thing about sports events is that it’s not just the live audiences that are declining. According to an article in Variety from 2014, the NFL has lost 10% of its viewers aged 10-49 since 2010.

I’m not an economist but as the population grows we might expect an entity such as the NFL to grow with it.

If TV viewing of the NFL is down, what can we expect for live audiences of classical music?

The time issue is a different one. It’s a no brainer that there are more and more services and experiences clamoring for our time. Time is a non-renewable resource. Once you spend your time you're not getting it back, even if you have a receipt and the tags are still on it.

The other aspect that might be getting overlooked is that in addition to more options to spend time on, there is less time to spend. Americans spend more time at work than any other first-world nation.

Americans have less time to spend but a million times more things to spend it on. I don’t think the “million times” is an exaggeration if we put the start of this cycle in the 1970s when middle-class income began to flatten out, requiring dual income families to work more to maintain a traditional middle-class lifestyle.

Yes, I recently watched Inequality for All.

What can classical music do to compete if even the NFL is losing numbers?