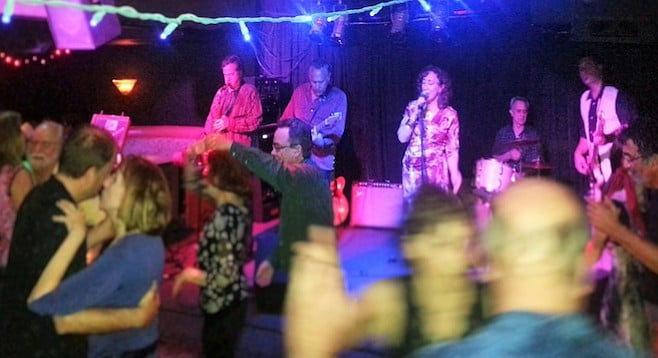 There are a number of swing-dance blues bands performing in Southern California, but none more genuine than San Diego’s own Blue Largo.

With the dance floor at capacity most of the night, the band worked through songs by Louis Jordan, Freddy King, Sam Cooke, and Earl Hooker, building tempos behind the drumming of Marcus Bayshore and thundering bass lines of Joe Jazdzewski that set the pace for an appreciative, sweat-drenched audience.

Debuting new material from their forthcoming CD, songs such as “Kindness, Love, and Understanding” and “Nothing to Prove,” Blue Largo continue to show their appreciation for L.A.’s golden age of music when Central Avenue bands rocked the Club Alabam and packed the dance floor at Johnny Otis’s Barrelhouse.

Catch Blue Largo on Saturday, May 9, at this year’s Gator by the Bay festival.