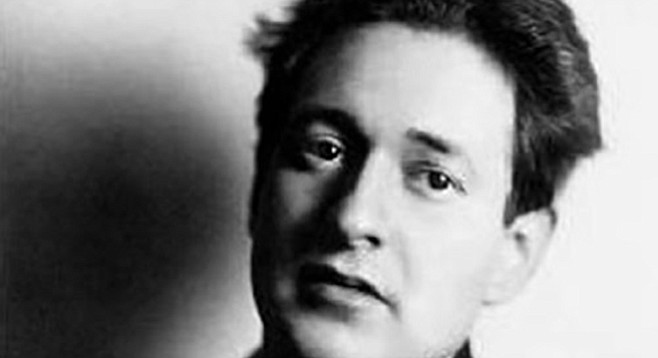 Context brings out the creep

Ignorance could not last forever as the melancholy story of Die Tote Stadt comes out. 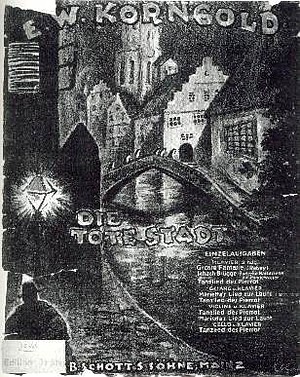 In spite of my desire to remain mystically ignorant of Korngold’s context regarding Marietta’s Lied, a conversation thread on Facebook has not allowed it.

The aria comes in the first act of Die Tote Stadt which Korngold wrote when he was a precocious 23-year-old. The context of the piece is as follows.

Paul’s wife Marie has died and in the aftermath he creates a disturbing shrine to her memory. Paul meets a woman named Marietta and invites her over. Get it? Marie/Marie-tta.

We don’t see the initial interaction. Paul arrives at his home and informs his visiting friend Frank of Marietta’s advent. Frank leaves and Marietta arrives.

It is during this visit that "Marietta’s Lied" falls. She offers to sing a song during her visit and Paul says yes. However, it isn’t a solo aria but a duet with Paul the tenor.

I must admit I like it better as a soprano aria. The tenors who sing the role of Paul are pretty much heldentenor types. Not all heldentenors can sing their bit as well as the soprano — at all.

You will not find a better tenor in this role than James King, yet even he struggles.

Jonas Kaufmann might be the best option out there at the moment and he does a miraculous job of “floating” the piece.

The text is nice and melancholic and incorporates Paul’s infatuation with his dead spouse in the final verse. Paul is quite aware that the text reflects his necrophilia, but Marietta sings it in ignorance as a sad song. Later in the show, Paul reveals his creeper side to Marietta and she tries to help him confront the memory of his wife. How does that turn out? Not good, not good.