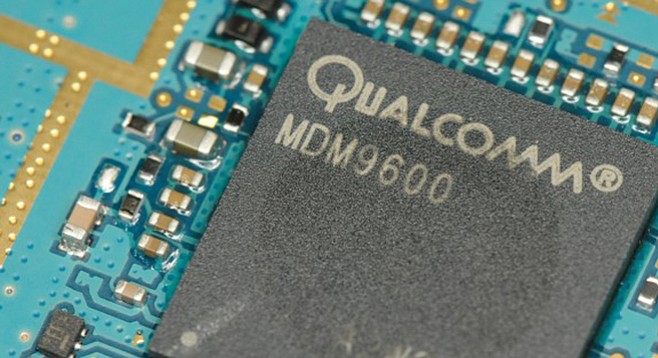 Qualcomm in the House

Qualcomm, the cell-phone-chip-making giant founded by Barack Obama-backing La Jolla billionaire Irwin Jacobs, continued to send its campaign dollars to Republican candidates during this year’s mid-term elections. Recent recipients include Texas senator John Cornyn with $2500 on October 4. Democratic senator Kay Hagan of North Carolina got $1000 on the same day, as did Republican Pat Toomey of Pennsylvania. …

Wonder where Jess Durfee was sitting. I have season seats in Club Level section 7, and they are $30 per ticket. Was he in the City Box? If so, those tickets are grossly undervalued.

I am so glad that the Republicans are in control. I can't wait for 2016 when we will have a Republican president! 2016 will be the year that we can begin to undue the ACA, privatize Social Security, eliminate Medicare & Medicade, roll back worker rights, roll back minimum wage, eliminate collective bargaining rights for public employees and teachers, eliminate defined benefit pension plans, increase incentives to export jobs, close the border (except for maintaining the supply of illegal workers), send our troupes back to the Middle East, privative the VA, privatize education, eliminate tax deductions for middle income workers. If you think I am kidding the just look at the South: High poverty, high uninsured, high poverty, low education, low wages, no benefits, low home ownership. The Republicans do not believe in social safety nets or decent wages and benefits or unions. The destruction of the middle class is their goal. Only the rich count the rest are surfs.

Well what else will wake up the vast amount of voters who are in the lower 90% economic bracket? . Both of these parties are in the pockets of the corporate. Democratic Presidents have backed, passed and/or negotiated neoliberal trade agreements (NAFTA and the Trans Pacific Partnership) that don't help with domestic jobs. It seems that the flesh and blood corporeal citizens come in second for the Democrats too. It's time that the party got back to what got them in the game, being the champions of the underclass.
. If they don't then the people need a party that will.