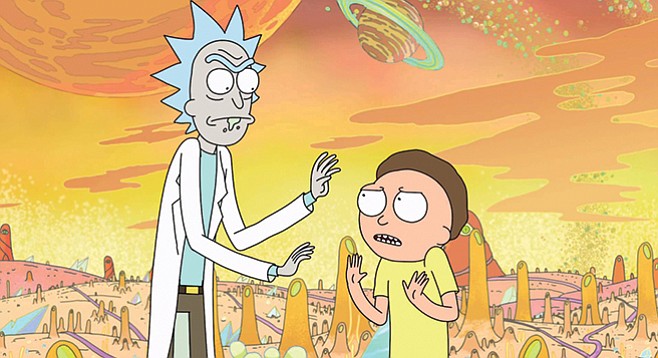 Life on our planet is beautiful, and Planet Earth captures it in all its glory. Stunning cinematography keeps me daydreaming about the lengths these videographers had to go to for shots. A forest blooms and dies over the course of a year, and a great white shark takes down a seal by launching its body fully out of the water. Relax and get lost in the awe of nature, set to a perfect soundtrack and the soothing voice of David Attenborough.

Rick and Morty is an insanely fast-paced animated sci-fi comedy and the funniest show I’ve seen in years. Created by Dan Harmon (Community) and Justin Roiland for Adult Swim, it’s a series of twisted adventures shared by an aging alcoholic scientist and his gullible grandson. It bounces between scenes of droll American domesticity and alternative universes where life, death, and sex are not what they seem. Each reality holds social commentary.