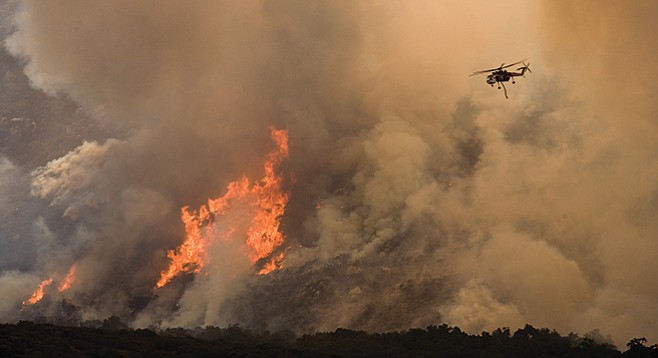 Who will watch the watchdogs?

For decades, the courts have treated the California Public Utilities Commission as the Untouchables. Judges figured the utilities regulator was an august body that didn’t need a prurient court peeking into its activities. 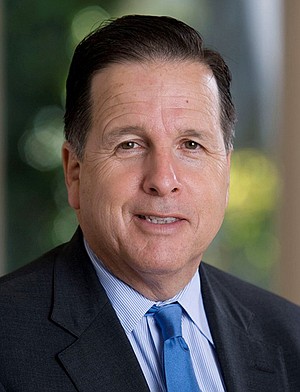 “There is no judicial oversight whatsoever of utilities. Courts normally rubber-stamp what the commission wants,” says San Diego attorney Mike Aguirre, one of many reformers digging up shocking details of the commission’s modus operandi.

Evidence emer­ges almost weekly suggesting that the commission in the past dozen years may have been something close to a criminal enterprise — underhandedly stealing money from consumers to jack up profits of the utilities it is supposed to regulate in the public interest. 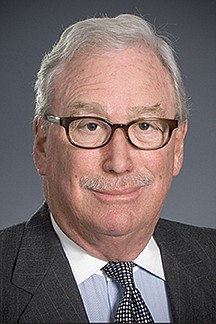 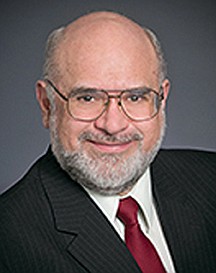 As a result of these emails, Peevey and commissioner Mike Florio have recused themselves from the commission’s decision on how much Pacific Gas will have to pay for its role in the 2010 San Bruno pipeline explosion that killed eight people and leveled a neighborhood. The commission’s chief of staff, Carol Brown, agreed to resign but was quietly moved over to an administrative law judge post.

Pacific Gas believes the emails have broken commission rules against secret communications and has fired three executives who were involved. The emails were “inappropriate,” says the utility. “Inappropriate”? They are proof of egregious crony regulation.

Two of the most interesting email-related incidents revolve around Peevey, who, under pressure, will step down December 31. Brian Cherry, one of the fired utility executives, boasted to his boss that he and Peevey had had a private dinner at which they “polished off two bottles of good Pinot.” Peevey made it clear at this lubricated dinner that he wanted Pacific Gas to spend “a lot more” than $1 million to help defeat a ballot measure that would hamper California’s celebrated climate-change law.

Clearly, Peevey was crossing the line but ostensibly for a good cause. However, Peevey’s relationship with green energy is as green as the color of money. He has taken trips abroad sponsored by the California Foundation on the Environment and the Economy, whose junkets are said to be about wind and solar but really are about utility executives lobbying regulators. Peevey is chairman of the nonprofit California Clean Energy Fund, which provides money to venture-capital funds that invest in emerging green-technology companies. Last year, green-related organizations provided him more than $600 of food and beverages. 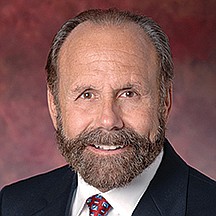 At that wine-lubricated dinner, according to state senator Jerry Hill, Cherry said he “jokingly” suggested that Pacific Gas could come up with $3 million to fight the anti-green initiative if the commission could muster $26 million in energy-efficiency incentives for the utility. An administrative law judge had recommended that the utility get zilch in such incentives. “After PG&E contributed $500,000 to defeat the ballot measure, Peevey personally penned an alternate decision to give PG&E $29.1 million in energy efficiency incentives,” said a news release from Hill’s office.

Some critics of utilities have suggested that the Bay Area utility turn over those 65,000 emails to the California Public Utilities Comission for examination. Why the commission? It’s a suspect. All those emails should be turned over to federal and state investigators.

And let’s hope they wind up in court — a court that realizes that California’s public utilities commission is not a straitlaced regulator that needs no judicial oversight.

One of the commission’s blatant scams during the Peevey years has been to use intervenor fees to castrate utility watchdogs. When there is a case before the commission, intervenors will present their arguments, usually to protest profits requested by the utilities. Peevey awards fat intervenor fees to watchdogs who bark softly and ineffectively and tiny or no fees to those who fight for ratepayers with bulldog tenacity.

Proof of the pudding: San Diego Gas & Electric has a purported watchdog, Utility Consumers’ Action Network, usually known as UCAN, looking over the company’s shoulder. From 1992 through 2002, the San Diego utility’s profits were limp. Peevey arrived at the commission in 2002. For the next ten years, through 2012, San Diego Gas profits soared 9.1 percent a year compounded, as Peevey shoveled fat intervenor fees to a compliant UCAN.

Now UCAN is barely solvent, and Aguirre is fighting for San Diego ratepayers.

A branch of the commission found that San Diego Gas was greatly responsible for the 2007 fires that scorched San Diego County. The utility wanted ratepayers to cough up for the uninsured fire costs. Aguirre fought it.

San Diego Gas and the other two big state utilities, Pacific Gas & Electric and Southern California Edison, wanted an arrangement whereby ratepayers would pick up the tab for future uninsured fire costs. But at the last minute, a commissioner changed the wording of the proposal so that it would cover San Diego Gas & Electric’s 2007 costs — something that was not even in the original proposal. Aguirre and another watchdog caught the deception, and the commission’s lawyer had to agree that the maneuver was illegal.

The three utilities initially argued that they needed ratepayers’ financial support for future fires because the market for catastrophic fire insurance had failed. Aguirre produced documents showing that there was no insurance crisis. Embarrassed, Pacific Gas and Edison backed out of the request, and a San Diego Gas & Electric executive admitted there was no crisis. 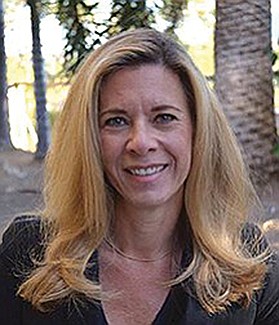 The commission “does not respect due process,” says Aguirre. Perhaps the commission’s cronyism will finally offend the judiciary. If not, “the legislature has to step in” and reform the California Public Utilities Commission.

Mike Aguirre continues to be the people's lawyer years after being the City Attorney. Considering the current City Attorney's passed case of the Chalked Bank Sidewalk the only one the people have.

My admiration for him seems justified.

MichaelValentine: Aguirre and Mia Severson have fought SDG&E and the CPUC for several years and received no money for it. They have won victories important to San Diego ratepayers and are likely to win more, now that the CPUC's deeply inculcated corruption is coming out in the open. Best, Don Bauder

Mike Aguirre was absolutely brilliant, when he explained intervenor fees, and how Peevey is the person who decides how much money an intervenor gets.

Peevey has literally robbed almost every person or victim, who was forced to file a Formal Complaint through the CPUC, to get a Utility to fix a problem, myself included.

Don, great bit of journalism. Let's hope the Feds do the right thing.

mikeknell: Yes, and notice that the CPUC had the cops check out Aguirre before he spoke. It harasses anyone who tries to get a fair shake for ratepayers. On another occasion, Peevey shouted at Aguirre, "I don't have to answer your goddamn questions. Shut up! Shut up!" That was put on this blog.

For a dozen years Peevey and others on the commission got away with bullying anyone who argued with it. Peevey and the other commissioners made sure utility profits soared at the expense of ratepayers. That is NOT the mandate of the commission. Yes, there should be criminal charges filed. Best, Don Bauder

What the PUC is not working for the public? Who knew? I felt so secure knowing the PUC was watching out for me and now? Political hack appointments, corruption how can that be?

AlexClarke: Just look at your utility bills. Didn't you think something was rotten? Best, Don Bauder