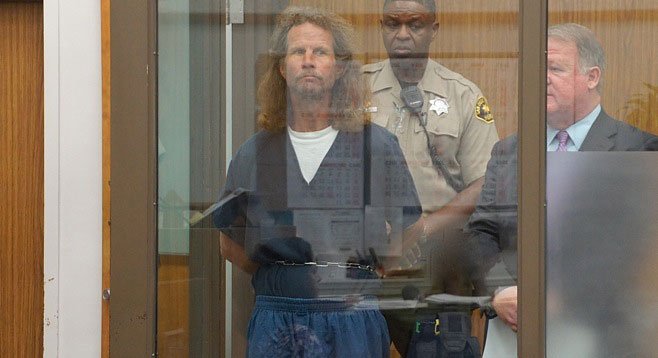 Stabbing outside Carrows Restaurant in Oceanside

Steven said the voice was suddenly closer to him, when he heard “Welcome to hell!” It was after 8 p.m. and dark.

“I happened to turn around and look, and this guy was coming up behind me with a knife.” Steven said he “freaked out” and took off running down Highway 101 in Oceanside. “I run out in the middle of the street into oncoming traffic.”

The tall stranger chased Steven, who yelled for somebody to call 911 while the traffic flowed around them. “I didn’t notice anyone was stopping. They were just swerving around me, kept going.”

Steven became afraid that the man would stab him in the back as he ran, so he turned and confronted the man. “I said, ‘Man, if you keep chasing me, I’m going to take that knife away from you!’”

Abruptly, the scary man turned away from Steven and went toward his companion, Sonia.

It was the evening of Tuesday, April 30, 2013, when Steven made the acquaintance of Sonia, on the street. “It was a male dressed up as a female, standing in front of the liquor store.”

Steven had been walking along the main road, Highway 101, between the pier and the harbor in Oceanside. He was carrying two bags, “It was just stuff I found recycling.” Steven describes himself as a self-employed general contractor. 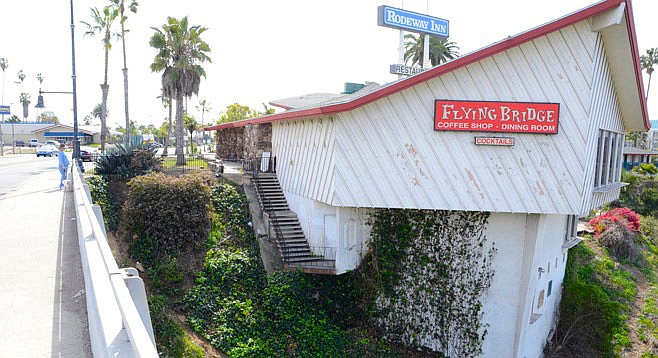 The altercation started with an argument on the sidewalk next to this defunct restaurant.

Steven and Sonia walked together a bit; it was a mild evening, about 60 degrees, with hardly a breeze off the ocean. They stopped at a run-down building with a sign on the back that read “Flying Bridge.” It was an abandoned restaurant next to a hotel. Steven said he leaned up against a railing while Sonia rolled a joint for him to smoke. 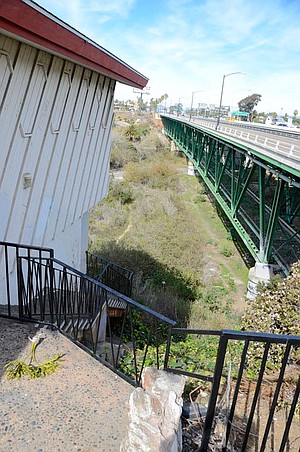 The San Luis Rey River bed is a known hangout spot for transients and drug users.

Steven heard someone yell, “You all get the hell out of here! Get the fuck out of here!” It was a man’s voice, coming out of the darkness, from the riverbed below. Steve did not respond. “I just stood there.”

Sonia, however, responded. “Sonia started yelling back at him, saying, ‘This is not private property, this is public property, we don’t have to leave!’” Sonia had several exchanges with the disembodied voice. She shouted, “You don’t own this place!”

Steve remembered, “And then Sonia started saying, ‘I’m coming down there!’” But Sonia didn’t move.

That was when the voice started to yell, “Welcome to hell!” 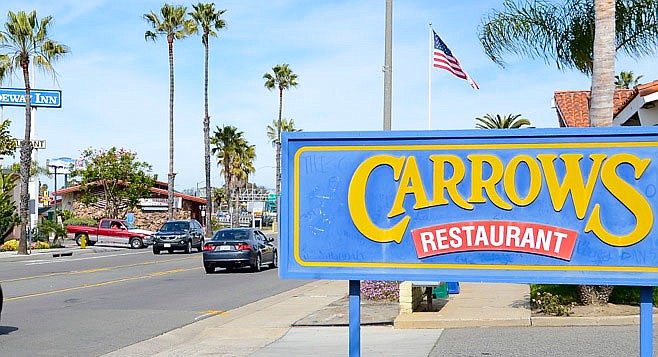 Dustin Moore was just leaving the Carrows Restaurant at 936 North Coast Highway when he heard screaming. He looked and saw people running. “I just kind of stared, wondering what they were doing. Just unusual to see three different people running down the middle of the road.”

Moore had been working at a bank in Oceanside that day; he installs safes and works on ATM machines. He does a lot of his work before-hours and after-hours and has a concealed-carry weapon permit allowing him to carry a gun on his person. As he watched, Moore saw one person push another to the ground. Moore got into his truck and quickly drove over there. He grabbed a flashlight when he jumped out of his truck. “My gun was already in my waistband, concealed.”

“I saw one person on top of another person,” Moore recalled. “I saw movement of an arm going up and down.” The person on the ground was not moving, and Moore thought the man on top was punching the one on the ground. Moore said he called out, “Sir! Sir!”

“As soon as he heard my voice, he stood up and turned towards me.” Then Moore saw the knife in his hand and blood on the man, so he pulled out his gun. “As I drew my weapon, I told him that, ‘I have a gun, put down the knife!’”

The bloody man had a sheath in one hand and his knife in the other, and he put the knife into the sheath before he dropped it, directly in front of himself. Moore ordered the man to put his hands in the air and walk some steps to the left, and then lie face down.

Bystanders had already phoned 911 and it took less than one minute for Oceanside police to arrive.

Officer Jon Seabron said he was eight blocks away when he got a call of “stabbing in progress.” He pulled up at 1103 North Coast Highway at 8:34 p.m. and another police cruiser pulled up behind him.

While police were en route, they were informed that a citizen had a gun pointed at a suspect. “So when we got there, I noticed the young man had a white male at gunpoint,” officer Seabron reported later. “I ordered him to holster his weapon and put his hands up and took him into custody.”

Another police officer took the bloody suspect into custody.

The stabbing victim on the ground never moved. “I saw what I thought was a Samoan male bleeding out,” officer Seabron said. “It was a lot of blood, a lot of blood. And no sign of life.”

Bruce Eric Hunt, 53, described as a transient, was taken into custody and is held in lieu of $5 million bail. He was last in court on May 5 and has pleaded not guilty of murder. His trial date is September 29, 2014.

That was intense Eva.

Since his arrest, Bruce Eric Hunt has gotten a haircut and shaved. He looks a bit less intense now.

Bruce Eric Hunt, 54, was sentenced to 24-years-to-life in San Diego’s North County Superior courthouse this morning, May 15, 2015. In a plea deal, Hunt admitted second-degree murder by use of knife, plus one count of attempted murder by use of knife; the prison sentence was agreed upon in advance. There were no victim impact statements made to the judge on behalf of the stabbing victim before sentencing, according to prosecutor Christine Ryan. 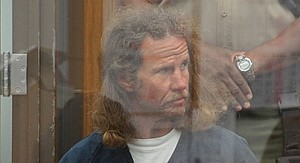