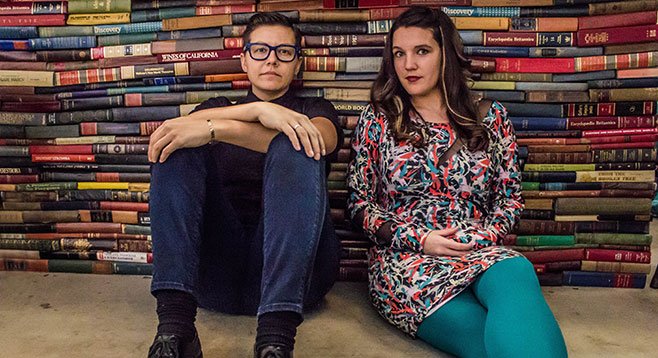 “Not sure if there was a specific point. Just like loads of relationships...it kind of gradually happens before your eyes but when the time came it seemed to come from nowhere.”

Oddly enough, staying together in song helped. White explains: “V and I went through some very high highs and some very low lows together...[we] used the songs we wrote during that period to communicate with each other. This resulted in a stronger musical connection, which we really needed to get through those difficult months.”

The songs on their new album, Breakup Shmakeup, rakes over those coals, albeit tunefully and sweetly. “A lot of our songs [for the album] fell out of us,” May ponders. “I think most artists can say the times they create the most are the times they need to process something that is difficult. The irony in this latest album is that it is the most cohesive yet we only co-wrote one song on the entire album, which was partially because we were no longer in each other’s physical space and partially because we found it important to allow for space and time to clear the cobwebs.”

“Our friends and fans have always been in on the moment with us,” says White. “We don’t feel ashamed or embarrassed. They cry with us. But make no mistake, after we cry we’re going to rock your face off.”