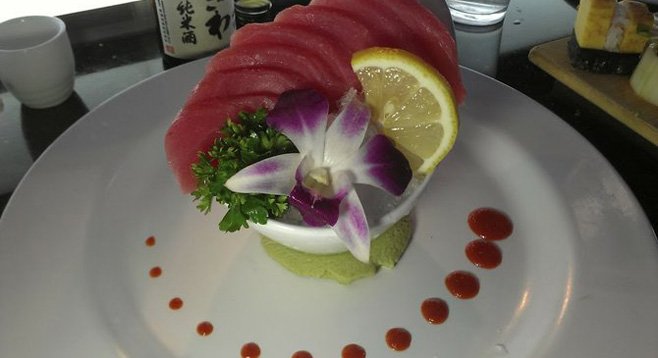 In the College area, Tokyo Sushi Loha (recently relocated to 6502 El Cajon Boulevard) is a powerhouse. The place used to do slamming business out of strip mall, but the owners managed to finagle the wild, octagonal building at ECB and Aragon, which was an IHOP or a HoJo, or something equally ridiculous, if memory serves. With the remodel, Loha has gone from seedy to stylish. Glass sculptures, colored lights, and a suit of samurai armor (with cat whiskers!) set the stage for one of SD’s weirdest sushi scenes. 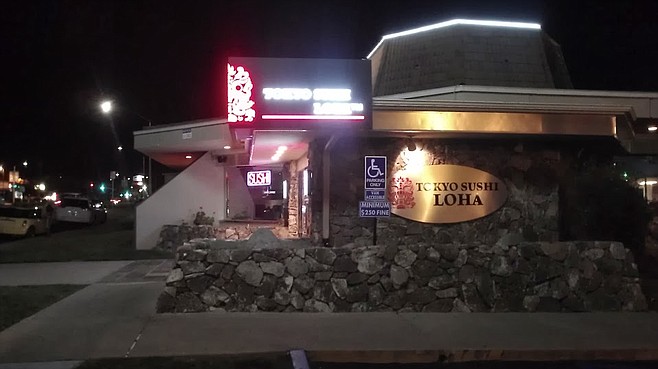 Was this an old IHOP? Or what was it? Anyone? 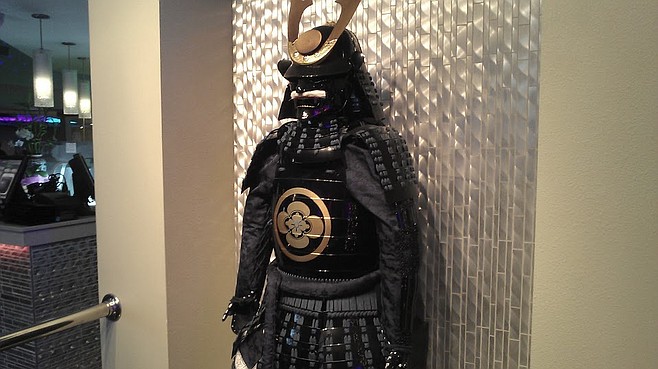 Samurai cat wants you to whomp out to loud EDM.

This has to be among the loudest restaurants in town. EDM and hip hop blast from the PA. Conversation is outright impeded. In just about any other restau, this would constitute a serious faux pas, but Tokyo Sushi Loha manages to rock it out. It’s “ridiculously loud music sushi place,” and proud of it. It’s also (probably) the only sushi spot that doubles as a legit sports bar. College kids and neighborhood people jam the place during football games. It warrants reservations. 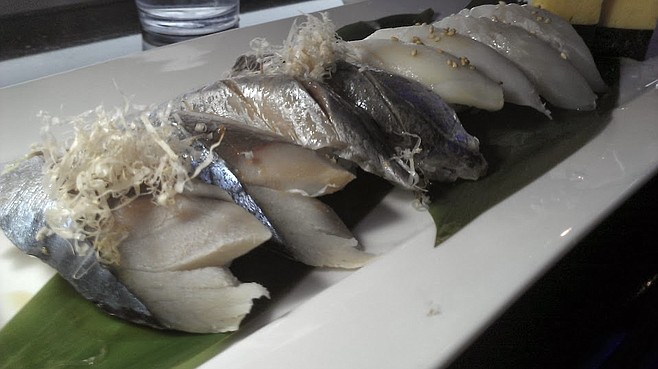 It’s really too bad the sushi isn’t much good. Not that you’d know it from looking at Yelp, or other “crowd” sources. Comments like “best sushi in San Diego!” and such are flagrantly undeserved. Restaurant critics don’t like to admit it, but, generally, Yelpers manage to strike near the truth, by volume and the law of averages alone. It’s worth pointing out the instances in which they get something totally and completely wrong, as a teachable moment if nothing else. Consider this a lesson in not blindly following your peers. 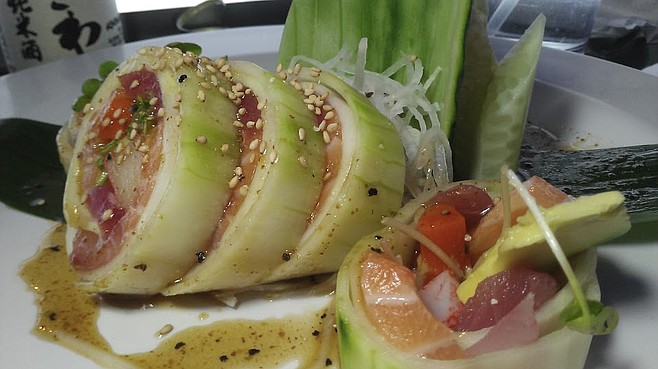 Tokyo Sushi Loha’s food is very average (though the presentations can be quite lovely), and it would be a bummer for anyone to make the trip out to College expecting sushi that rates only half a star lower than Ota, Tadokoro, or Akinori.

That’s like rating the Olive Garden within half a star of Monello. 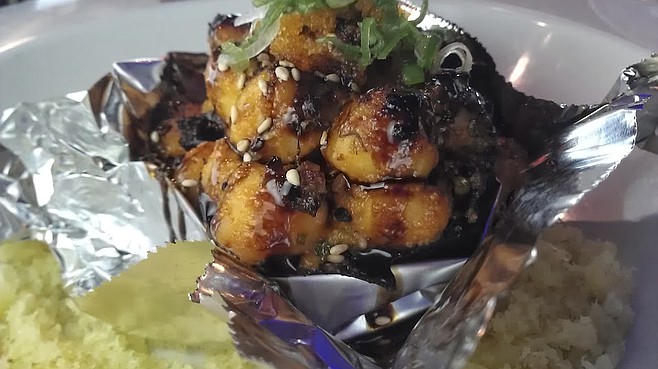 Baked scallop nigiri. Do not order.

At best, Loha’s sushi is acceptable, though the fish is always 30 degrees too cold. They even pile the sashimi on top of shaved ice, which looks kind of cool but makes the fish taste like frosty nothingness. Exacting temperature control is central to good sushi prep!

At worst, some of it is just plain gross. Stuff like baked scallop nigiri, covered in mayo and tasting of hot seaweed, cannot be made appealing.

The place is bizarre, and kind of cool in its way, but not worth the implied special-trip-worthy status of a four star rating, which should be reserved for something close to exceptional.