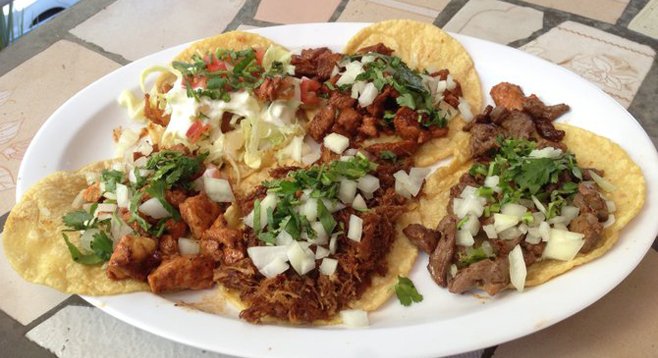 Learning the true meaning of antojitos

Due more to bad luck than to any exhilarating lifestyle choice, I've found a nail stuck in my tire four times the past two years. It's made me somewhat of a regular at a Grant Hill repair shop, which means I'd driven past La Cocina de Rosita going there and back no fewer than seven times without ever noticing it existed. 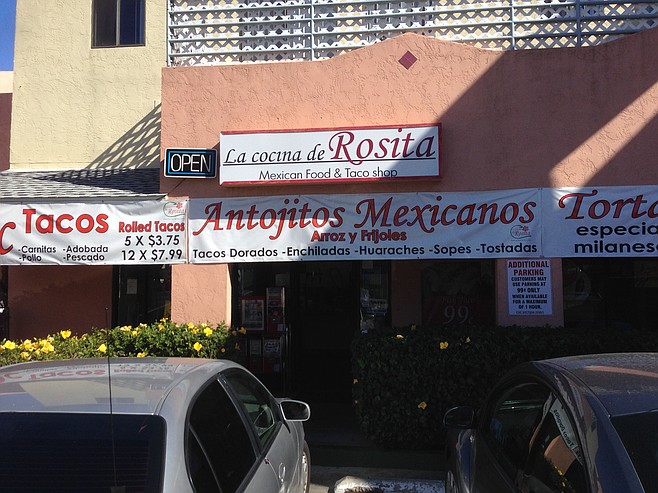 The signal getting lost in the noise.

Crouched above Market Street, in the shade of a 99-cent store, Rosita's can be easy to miss. It's not trying to be inconspicuous – a string of banners advertises antojitos in large red letters. But to a mind focused on automotive service, the word can take awhile to register.

My Spanish is rusty, but I assume it translates to "buck-fifty tacos." At least, that's how it worked out this time. 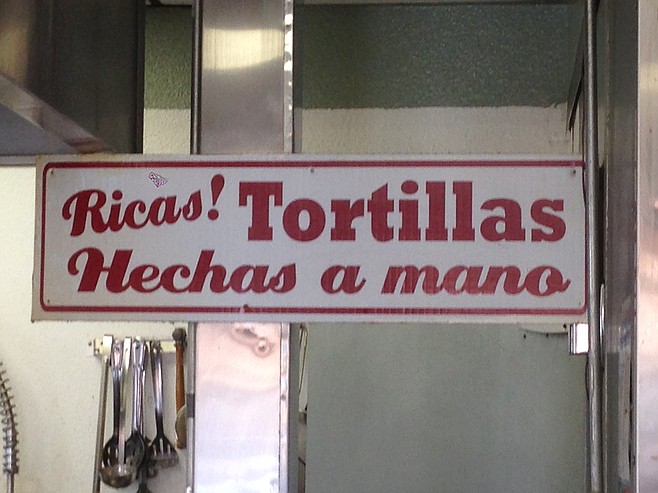 A far cry from Doritos Locos.

They're small, so it's more about getting to run the gauntlet of meats: carnitas, al pastor, the asadas pollo and carne. Oh, and the fish tacos are 99 cents so, might as well, that too. Like a build-your-own platter.

When I walk in, the proprietors are sitting at table near the door, just hanging out, chatting, enjoying the life between customers. It contributes to a relaxed country vibe. They've already stewed the meats, simmered the soups and poured the salsas, so everybody's friendly and at ease, and ready to make tortillas.

The difference between store-bought and hand-made corn tortillas cannot be oversold. Hechas a mano may not always be a sign of excellence, but it does show effort to offer something better. In this case something lighter, almost fluffy, landing somewhere akin to pitas and naan.

Except for the Baja-style fish, the tacos don't come dressed. They're just tongfuls of meat piled on tortilla. So you've got to load the onions and cilantro yourself at the salsa bar. 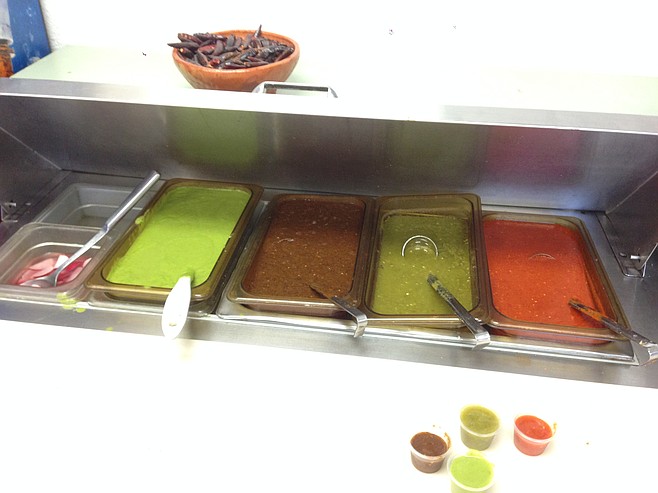 It's all wooden tables inside, inviting enough, but I grab a seat at one of the mosaic concrete patio tables so I can look off into the hills of east county and eat tacos.

The pollo and carne asada are both standouts, and the griddled carnitas remind me a little of eating corned beef hash. The meal starts to get salty, but that's remedied well enough by adding more salsa and sipping a Mexican coke.

The spicy grease will stay in my chest for a couple hours, but that's what I've signed up for, a worthy trade for those satisfying mouthfuls of tortilla and heat.

I'm glad I finally caught on to Cocina de Rosita, and will have to dig deeper into other antojitos: huaraches, sopes, and enchiladas. I also have my eye on their pozole for next time I puncture a tire. But I should maybe start looking for a brakes shop near someplace that serves great salads.