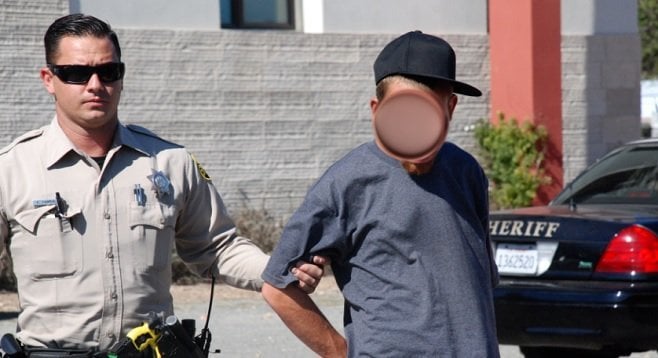 Since launching Operation Lemon Drop in mid-July, sheriff's deputies have continued to target trolley passengers in Lemon Grove for fare-payment enforcement and as a catch-all for other offenders. Criminals, however, seem to not be reading the news, as arrest totals continue to climb.

Authorities have visited the trolley station at least four times since the initial operation, with the most recent mass interrogation occurring last Friday evening.

After citing the scofflaws, deputies conducted interviews and warrant checks, resulting in 43 arrests on charges ranging from possession of drugs or stolen property to public drunkenness, making the latest sweep one of the most effective since the trolley operations began.

Metro Rail (part of MTA) in LA County is losing $millions due to fare cheaters. Their original honor system was doomed from the start.

As long as schools teach entitlement, and tolerance of those who have no honor, the "honor system" will continue to be a failure.

Two recent stabbings of people on MTS trolley. One ecritical.. No security camera shots from two stabbings were every shown on tv and the knifers are still walking.....in and out of trollley cars...

The crime has increased around all trolley stations. While public transportation is important and many people use the trolley it also imports trolley trash. It is no surprise that the dirt bags don't read. Every trolley station should have a police station and screen the people getting off the trolley.

I guess knives are allowed, but their policy does not allow firarms, even for people who have permits to carry concealed. Good thing the "rule" is not legally binding.