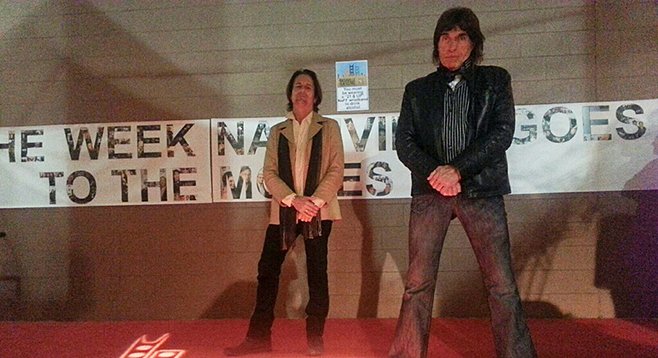 “The first two songs were written in 2010 and were not intended for the movie,” says Rick Harchol, whose C and H duo with Jimmy Carslake landed both songs (and several others) in the upcoming film The Identical, starring Ray Liotta, Ashley Judd, and Seth Green. “The first song we wrote, ‘Mellow Down Easy,’ is the opening song in the movie. The first thing you hear is my guitar...we also have the end-credit song, as well as five songs sprinkled across different scenes. The songs for the movie were written mostly between 2011 and 2012.”

Rather than being brokered by a media rep, the film placement came about due to a chance association. “The executive producer, Yochanan Marcellino, knew Jimmy and the first two songs we had written. He flew out to see us play and really liked the chemistry we had, as well as these two songs we had written. Shortly after that visit, he told us about a film project he was working on and suggested we submit some songs for it. Some would say it was being in the right place at the right time.”

Their soundtrack contributions were decidedly DIY. “Because of modern technology and the ease of file sharing, all my original guitar and background vocal tracks, as well as virtually all Jimmy’s vocals, were produced and recorded in my home studio.”

Due in theaters September 5, the film’s soundtrack drops September 2 via iTunes. All seven C and H numbers will also appear on the duo’s upcoming album, The Morph Kings, along with several other new tracks. “We were encouraged to keep writing [for the film] until we had 12 accepted songs. Additionally, we have close to another album’s worth of songs in various stages of development.”

As for the album title, “The name came about at a dinner with Yochanan. We were talking about the ability of Jimmy and I to cover a lot of styles of music — rock, blues, soul, pop, funk — and Yochanan said, ‘Jimmy’s like a morph king.’”

Harchol previously licensed his music via Pump Audio for use in films, on Oprah, MTV, CMT, A&E, and overseas. “Cable TV doesn’t pay a lot,” he says, “[but] network and foreign is better.

“Working directly with the film producer has paid way better, but I can’t quit my day job just yet.”