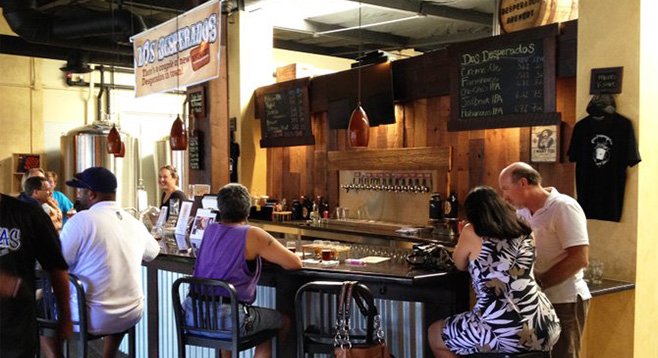 The adage “never judge a book by its cover” is usually doled out for good things that don’t look so hot. Recently, the reverse was applicable when I walked into Dos Desperados Brewery (1241 Linda Vista Drive, San Marcos). Decked out in a Western theme complete with ammo belts and old, black-and-white photos, the place looks great. Whoever designed and implemented this motif did a hell of a job and clearly spent a lot of time calculating everything. I wish I could say the same for the beers, which drink like a beginning homebrewer's failed attempts at greatness. 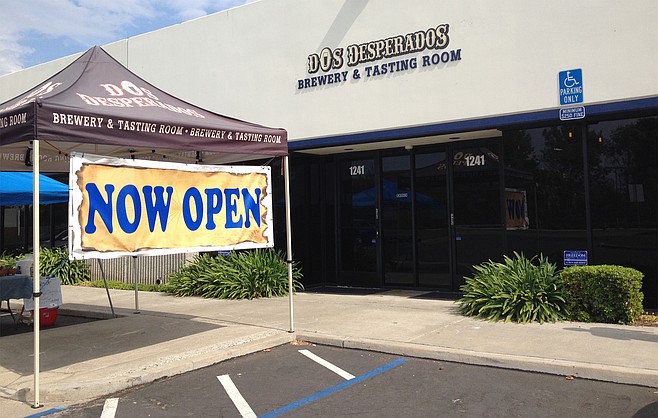 Let me start by saying it gives me zero pleasure to issue the negative review which follows. It’s been awhile since I’ve had to be this frank and I’m certainly not looking for a new enemy to take the place of the owner of the recently departed Wet ‘N Reckless Brewing, but being critical in the name of consumer advocacy is my role and so pulling punches serves no one. I tasted a dozen Dos Desperados beers along with a Cicerone, local restaurant owner, and brewery employee, and the consensus was that there was more butter than beer at this new arrival on the San Marcos scene.

Allow me to explain. Diacetyl is a compound that shows up in beer as a result of yeast fermenting at excessively high temperatures or without enough nutrients to sustain them through the fermentation process. It’s one of the most common defects in beer and diacetyl shows up in ales and lagers from numerous local operations. Yet never have I encountered it in such massive quantities across a company’s liquid wares as at Dos Desperados. Half of the beers we sampled were riddled with diacetyl; not just a whiff, but so much that, for many of those brews, the only thing we could really smell and taste was the butteriness brought on by that suds scourge. 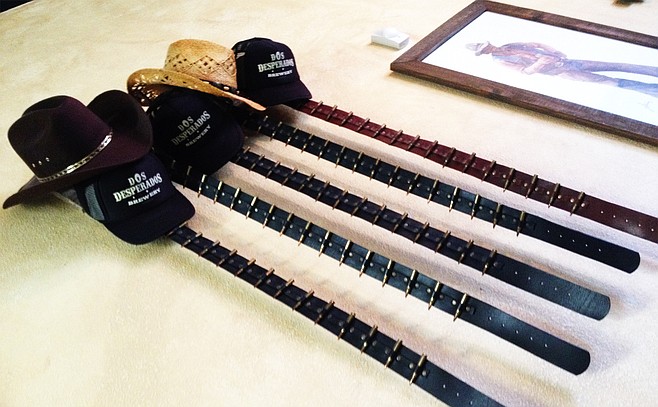 The India pale ales all reeked of the big D. It’s likely diacetyl was present in the darker beers, but dark, roasted malts tend to cover up all sorts of deficiencies. Still, I won’t make that jump. The worst problem with Dos Desperados’ dark beers was that a brown ale drank more like a heavier style of stout and a vanilla-infused oatmeal stout didn’t exhibit much of its added ingredient. A Belgian tripel was pretty good if not a bit too bitter, and Mamacita’s Crème Ale came across more like cider than beer but remained pleasant…especially by comparison to the butter beers.

Bottom line, it was a colossally poor showing. I could go on about more flaws, but at this point, it’s best to pack up my laptop and simply plan to return down the road in hopes this inviting place (which features a very friendly staff that even comes to your table to take your order — how can someone not want to love a tasting room that’s that accommodating?) improves. If it doesn’t, the prognosis isn’t good. In its current state, it will be impossible for Dos Desperados to beat out — or even hang with — nearby competition in the form of other breweries like Rip Current Brewing Company and Port Brewing Company/The Lost Abbey, and beercentric restaurants Churchill’s Pub & Grille and Sublime Alehouse.